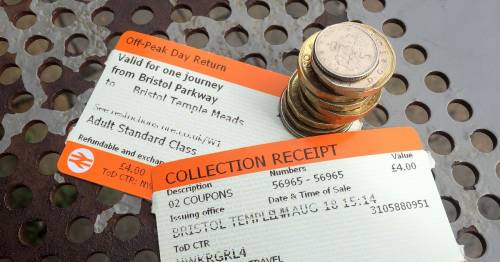 How do I claim rail strike compensation? Refunds under Delay Repay scheme explained

Britain’s biggest rail strikes in decades are taking place on June 21, 23 and 25, with millions being warned not to travel.

Workers on 13 lines and Network Rail are walking out over pay, conditions and 2,500 maintenance job cuts.

Services on June 22 and 24 are also likely to be disrupted as companies recover.

Whether or not you support the strike, everyone agrees this is going to cause widespread chaos – the point of the strike is to make employers sit up and notice.

You do however have rights to compensation, and these appear to have been tweaked to be slightly more generous for season ticket holders.

Transport Secretary Grant Shapps confused things a little by claiming the process would be “automatic” when (as far as we can tell) it’s not. But there are still refunds for delays.

We have been hammering the phones to those in the know, in industry and government, to get as good a picture as we can of what you’re entitled to.

Can I get a ticket refund for the rail strike?

Yes. If you bought an advance ticket or have a season ticket you can get at least some of your money back.

This will happen through the ‘delay repay’ scheme – which pays out a certain amount if the train is more than 15 or 30 minutes late (depending on the operator).

You should be able to get a refund for a walk-up ticket too, though why you’d buy one on the day of the biggest strike in a generation is a bit beyond us.

Refunds will happen through the ‘delay repay’ scheme
(

How do I apply under Delay Repay?

It varies very slightly by operator.

Generally you have to write to the train company with a photo of your ticket, season pass or receipt, and the details of the train you were intending to catch.

You have to do this separately for each time you were delayed.

You can apply online or by post – search ‘Delay Repay’ and the name of your train operator and you should find it.

How much will my refund be on an advance, Off-Peak or Anytime ticket?

Under the most generous ‘Delay Repay 15’ scheme, you get 25% of the single fare you paid if you’re delayed by 15 to 29 minutes.

For return tickets, it’s a calculation based on whether one or both legs of your journey was delayed.

However, single or return, you get 100% of the whole ticket price you paid if one leg is more than 120 minutes late.

You can also get a refund or a change your ticket date if you choose not to travel of your own accord.

But this only applies if you choose not to travel because your specific train is “has been cancelled, delayed or rescheduled”, according to National Rail Enquiries.

How much will my refund be on a season ticket?

Season tickets use a formula where the price of a “single journey”, for the purpose of a refund, is a percentage of what you paid for your whole pass.

If you have an annual season ticket, you get 1/464th of the price back for every “single journey” eligible for full compensation.

Rail operators have introduced some extra rules for strike days making the system a bit more generous – below.

Will strike refunds be automatic for season ticket holders?

At the moment it doesn’t appear so, despite Grant Shapps ’ claims.

The Transport Secretary said "I've moved to help make that an automatic process”, to “remove the inconvenience for passengers."

But his claim was contradicted later by sources who suggested season ticket holders will have to apply through the Delay Repay scheme, like they usually do.

There do, however, appear to be some small differences for season ticket holders.

Under a one-off arrangement, it appears season ticket holders will be allowed to claim 100% of the usual Delay Repay compensation if they choose not to travel on the three strike days – regardless of whether their train is actually cancelled.

This arrangement will only apply to the days of the strike itself, not the days in between when trains will still be disrupted.

The Transport Secretary said "I've moved to help make that an automatic process”, to “remove the inconvenience for passengers." We can't see that that is true
(

Will it be cash or vouchers?

The Rail Delivery Group told us you will get money in your bank account if you’re a season ticket holder.

If you bought an advance ticket, you’ll get an e-voucher to claim back against the cost of a future rail journey.

How fast will I get my money back?

We asked multiple sources and couldn’t get any guarantees.

It’s possible that many, many more people than usual will apply under Delay Repay – so payments could, ironically, be delayed.