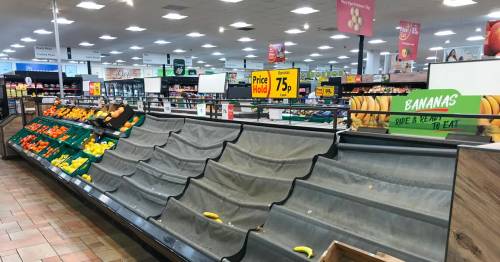 How bad shortages are in favourite supermarkets from Tesco, Asda, Lidl, Morrisons and M&S

Shoppers are being urged not to panic after noticing some supermarket shelves aren’t as well stocked as normal.

Retailers are blaming a mixture of the “pingdemic” and a lack of HGV drivers for shortages in suppliers and some stores being forced to close or reduce hours.

The “pingdemic” is seeing thousands of workers across the country being asked to self-isolate after being “pinged” by the NHS Covid app.

Supermarkets were also grappling with a shortfall of around 100,000 lorry drivers before the “pingdemic” but industry experts say this issue is being made worse by staff self-isolating.

Shoppers have complained about empty shelves at the Big Four grocers – Tesco, Morrisons, Asda and Sainsbury’s – as well as at discounters like Aldi and Lidl. 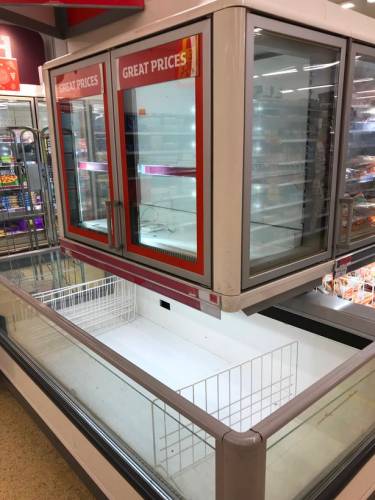 Sainsbury's has also been affected by the shortages
(Image: Tim Merry)

In its latest update, the British Retail Consortium (BRC) – the trade association for all UK retailers – is also urging shoppers not to panic buy and says supermarkets are working closely with suppliers.

Prime Minister Boris Johnson this week said certain “critical workers” won't have to stay home if they're pinged – including staff such as NHS workers to railway signallers and air traffic controllers.

This has led to food chiefs claiming the rules aren't clear enough and urged for clarity on who exactly can carry on working.

Here is what each supermarket is saying about the “pingdemic”. 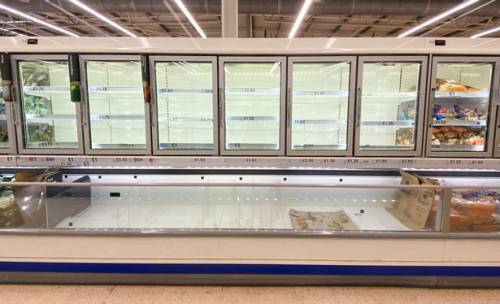 Earlier this month, Tesco said the HGV driver shortages have led to 48 tonnes of food being wasted every week as it couldn’t reach its stores.

It has also confirmed there is an increase in colleagues self-isolating, which combined with the lack of drivers is causing disruption.

But a spokesperson from the supermarket said it has plenty of food, with deliveries arriving at our stores and distribution centres across the UK every day.

Its shop employees are working hard to get shelves back to fully stocked, they said.

Sainsbury's has admitted it might not always have the exact product customers are looking for in stores right now due to the staff shortages.

However, it said it's "working hard" to make sure people can find what they need.

The supermarket said: "While we might not always have the exact product a customer is looking for, we're delivering more products to stores every day and we are confident customers will find a suitable alternative."

The supermarket was reported to have hiked distribution rates last month due to the HGV driver shortage. 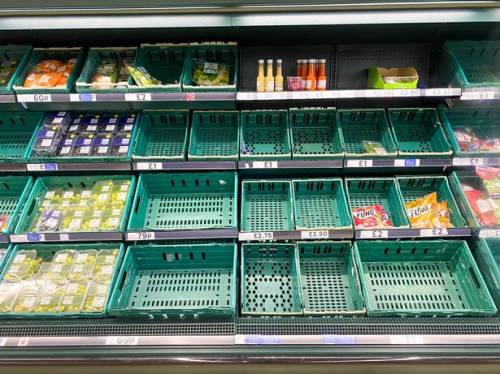 Fresh produce was not making it to the shelves in one Tesco
(Image: Katielee Arrowsmith SWNS)

Morrisons hasn't issued an official statement on the "pingdemic" situation.

Instead, the supermarket told The Mirror its response is in line with the official quote from the BRC, which we've mentioned abve.

Morrisons shoppers are among those who are complaining about a lack of stock on social media.

Asda has also not issued an official response to the empty shelve complaints.

But like with Morrisons, it appears to also be having issues as customers are complaining online about not being able to find everything they need in stores.

Iceland says it has been forced to shut some stores following high levels of staff having to self-isolate.

In response, the supermarket says it wants to hire 2,000 temporary workers as part of a huge recruitment drive that will begin in a “few days”.

Speaking to the BBC, Iceland managing director Richard Walker said over 1,000 staff had been “pinged” and staff absence rates are now double the usual number, with the figure rising 50% "week on week".

He told Radio 4's Today programme: "Our big concern is that we've kept all of our shops open throughout the pandemic, but now we have had to close one or two shops and reduce hours in others.

"But that could get a lot worse a lot quicker, unless the country's system is sorted out." 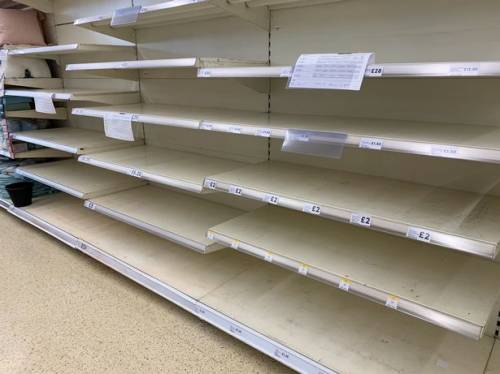 Supermarkets have been responding to the situation
(Image: Bav Media)

Aldi has also not yet responded to the "pingdemic" but we've asked the supermarket for its latest response.

We'll update this article when we hear back.

Lidl has put out a statement saying the situation was becoming "increasingly difficult" and starting to have an impact on operations.

But it said its staff are working hard to minimise disruption to customers.

A Lidl spokesperson said: "Like all other retailers, the situation is becoming increasingly difficult as we have more and more colleagues having to self-isolate after being notified by the Track and Trace system.

"Whilst this is starting to have an impact on our operations, our teams are working hard to minimise any disruption to customers."

Earlier this week, M&S said it may be forced to reduce shop hours if more staff are asked to self-isolate.

A senior M&S executive told The Times soon there won't be enough staff to open stores because of spiralling infections and the number of people self-isolating.

He said: "Our Covid cases are roughly doubling every week and the pinging level is about three to one of Covid cases, so we’re seeing that growing exponentially.

Steve Rowe, chief executive of M&S, added: “If there’s shortages we’ll have to manage it by changing hours of stores, reducing hours."

Waitrose has yet to issue any statement about the "pingdemic" but we've reached out for its latest response.

Customers who do their weekly shop at the posh supermarket have complained about empty shelves on social media.

The Co-op has apologised to customers for running low on some supplies.

It has also announced plans to hire an extra 3,000 workers to help keep shelves stocked.

A spokesperson for Co-op said: “We are sorry that we are running low on some products.

“Like many retailers, we are impacted by some patchy disruption to our deliveries and store operations but we are working closely with our suppliers to get re-stocked quickly.”

What does the Government say?

A No10 spokesman said there was no need for food shoppers to panic.

He said: “You heard the Managing Director of Iceland this morning. He said there was certainly no problem with the supply of stock and some of the images you’ve seen are isolated incidences.”

The spokesman said No10 was "aware of the impact felt by some industries" and the government is "working closely" with firms, particularly on supermarket shelves and food.

He said: "We have a robust and resilient food supply chain in the UK."

Previous : Most valuable and rare Olympic 50p coins worth up to £720 thanks to design error
Next : Sainsbury’s warns shoppers over empty shelves as Lidl predicts ‘difficult’ times