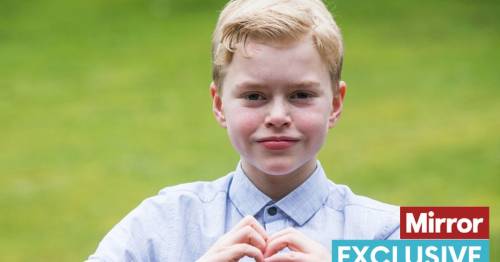 The hospital where Mirror campaigner Max Johnson received his life-saving heart transplant is to star in a fly-on-the-wall TV series.

Channel Four’s Geordie Hospital was given unprecedented access to the work of the Freeman Hospital.

The series highlights the nerveless work of the surgeons, including one who always has his three Weetabix on the day of a big operation.

But it also shines a light on the unsung heroes: clinical specialists, operating theatre staff and the Freeman’s very own sewing team.

Max’s story saw the Mirror launch our Change the Law for Life campaign on organ donation.

Viewers will be moved by the story of Kit Matthews, four, who was left waiting for a new heart just like Max, 14, five years ago.

The hospital where Max received his heart transplant
(

His parents Joe and Hannah both break down on camera as they talk of the fears for their son.

“I ask people, ‘Were you expecting to see a grey-haired man dressed in black holding a Bible?’” she jokes. “You have a cool gay chick with tattoos.”

The hospital staff in the new Channel 4 series
(

And operating theatre technician Allan Wood is likely to prove a hit with viewers, singing and cracking jokes as he wheels the patients in.

“It is all about making sure the patient is at ease,” he says. “I can talk to people, and make them relax.”

Geordie Hospital is on Monday at 8pm on Channel Four, then as a boxset on All Four.