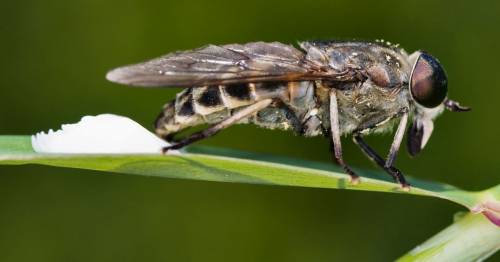 Horsefly bite: How to tell if you’ve been bitten and how to treat painful bites

As temperatures across the UK continue to soar amid a week-long heatwave – horsefly season has well and truly arrived.

The hot and humid weather is making ideal conditions for horseflies to flourish, as temperatures in some parts of the country have exceeded 30C.

Thousands have taken to social media in recent days to complain about the pesky insects, with many saying they've been badly bitten, reports the Manchester Evening News.

One shared: "I’m destroyed with horsefly bites. One got infected last week. Horrific."

Another said: "I was bitten by a horsefly today and stg [swear to God] I thought someone shot me in the leg." 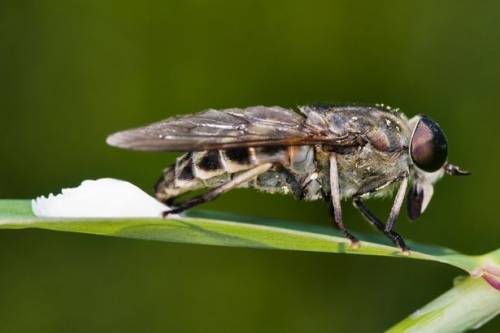 And a fourth posted on Twitter : "Right, done with the outdoors! Camped this weekend ended up with 12 horsefly bites, just sat outside for 15 mins and I’ve another to add to the dot to dot!"

Here, we explain a bit more about the flies, how to tell if you've been bitten by one, and what to do if you have.

Horseflies, also known as clegs, have razor sharp teeth that can cause a very painful bite, which can take much longer to recover from than other bites because they cut into the skin rather than pierce it – which can also cause the wound to become infected.

Their bite is considered more painful than a mosquito bite, and some people can also suffer allergic reactions.

But it's only female horseflies that bite, with specially adapted mouths to enable them to slice flesh apart, because they need blood to reproduce. 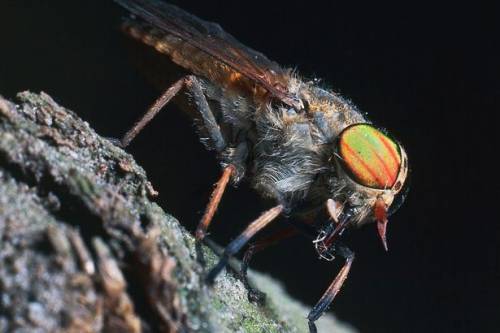 Horseflies get their name from generally being found near to cattle, horse stables, ponds, pools, woodlands, and grassy areas
(Image: De Agostini/Getty Images)

The horsefly is often able to land often without being detected.

They're lightweight, dark, but bigger than a regular housefly at around 1-2.5cm in size.

They get their name from generally being found near to cattle, horse stables, ponds, pools, woodlands, and grassy areas.

How do I know if I've been bitten by a horsefly?

Horsefly bites are painful and turn very red and itchy, which is why they can lead to infection.

They can develop into swollen bumps within minutes and can be extremely uncomfortable for a lot of people.

If you're a little squeamish, then you may want to scroll past how they look when infected, but they'll likely ooze. 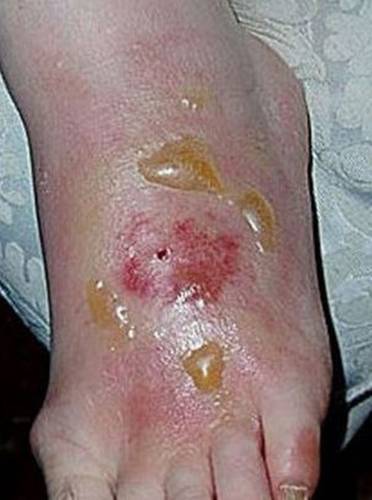 Some people also report feeling hot, weak and nauseous, so get in touch with your GP if you're suffering from an infection.

In exceptional cases, some people can suffer an allergic reaction with symptoms including dizziness, wheezing, difficulty breathing, a blotchy skin rash and severe swelling that may be visible in your lips or tongue.

If you suffer any of these reactions, seek medical help immediately.

What should I do if I am bitten?

It's important to keep the bite clean because if bacteria gets into the skin it can become infected. It's best to clean the wound with an antiseptic soap and warm water.

You could apply an ice pack to help soothe the area and stop the itching.

And although it's easier said than done, you should avoid scratching the bite. It won't stop the itching and could damage the skin, increasing the risk of developing an infection.

Official NHS says: "A bite from a horsefly can be very painful and the bitten area of skin will usually be red and raised.

"Horsefly bites can take a while to heal and can become infected. See your GP if you have symptoms of an infection, such as pus or increasing pain, redness and swelling."

Previous : List of industries exempt from Covid ‘ping’ isolation to be published today
Next : Iran opens oil terminal in Gulf of Oman to bypass Strait of Hormuz