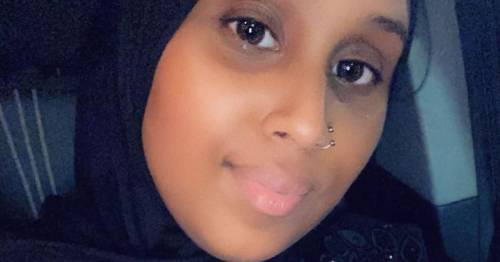 Homeless mum living in temporary house plagued with leaks, mould and ‘no heating’

A homeless mum claims she and her daughter, eight, are living with leaks, mould and no heating in their temporary home.

Sharifha Mohamud, 29, was made homeless in 2015 and given temporary accommodation on the Aylesbury estate in Southwark, south London, in August 2017.

In March last year, she says her radiators burst in every room of the house, leading to "dirty water" soaking the carpets, MyLondon reports.

The radiators were replaced a month later, but Ms Mohamud says she has now been without heating since April, leaving her and her daughter to go to bed each night in "full gear" to protect them against the cold

The mum-of-one has also been struggling with leaks which have caused mould to grow inside the property.

She said: “My daughter says she ‘wants to live somewhere where the heating works, where I do not feel ashamed to come home’.

In March last year, her radiators burst in every room of the house
(

Ms Mohamud is worried about her daughter's health
(

“I tell my friends they can not come because we do not have hot water.”

She continued: “I feel at a loss, I’m tired of fighting for a house… I’m really scared for my daughter and I’s health.

“I’ve been fighting for six years, I’ve been hopeful and patient. Why is it when I ask for help, I’m ignored?”

Ms Mohamud, who works in retail, claims elderly residents on the estate are also regularly without heating and hot water.

She claims residents have instead been given miniature heaters to use in the summer before their heating is expected to return in the autumn and winter.

She said: “If the walls are bringing in cold air…it’s not safe. It’s causing a lot of issues for us, we go to sleep in full gear… we are constantly having to wear socks [and] slippers in our own house.”

Councillor Stephanie Cryan, cabinet member for council homes and homelessness, told MyLondon: “The district heating at Aylesbury estate works on an automatic system that kicks in if the temperature consistently dips below a certain level for over five consecutive days.

"This may mean it can appear to be intermittent, particularly if it’s an unusually warm autumn. As of this week, the heating system was turned on for the winter so will be consistent during the colder months.”

Ms Mohamud says the cold temperatures and leaks are cause their clothes to be damp and mould to grow in the bedroom and on the carpet.

The leaks were particularly bad during the summer when rain would fall inside their home. The damage caused by the leaks are still yet to be repaired, Ms Mohamud said.

The leaks were particularly bad during the summer when rain would fall inside their home, she said
(

She claims repair teams have come to her home to simply “spray over” and “paint over” mould which eventually reappears after a couple of months.

“They can send repairs but it’s not repairing much if I have to call out for the same issue in the space of two months,” she said.

Ms Mohamud has been on the council register since 2016 and is still bidding for a permanent home.

She realised last year that the council did not give her a priority star, on the basis of being homeless, which made it harder for them to find a permanent home.

Ms Mohamud said: “For three years that was left off my application, all the council could offer was sorry when all it took was one click of a button…that’s wasted three years on my time.”

Southwark council say their housing team is currently in contact with Ms Mohamud to discuss her family’s needs and a possible move.

Councillor Cryan said: “We accept that properties on Aylesbury estate are very old now, and definitely do not meet the high standards of our new homes.

"They have significant design flaws that make finding the source of leaks and other issues difficult, and despite our best efforts, fixing them can be very challenging.

"This is one of the many reasons we decided to rebuild on the estate, so that we can offer residents the high-quality new homes they deserve."

Southwark Council say they have over 15,000 households on their waiting list for a home, with half of these families including children.

To address this acute need, the council has pledged to deliver 11,000 new council homes by 2043.

For households in temporary accommodation, Southwark council say they have dedicated housing officers to provide the relevant support and assistance, recording details of any special requirements for individual households.

They work closely with the repairs team to ensure issues are resolved, and where necessary, arrange for households to be moved to alternative temporary accommodation.

Previous : The Radfords forget one of their kids in ‘mad rush’ as family head to Alton Towers
Next : One in 6 UK Covid cases happened since Freedom Day as infections hit 12 week high