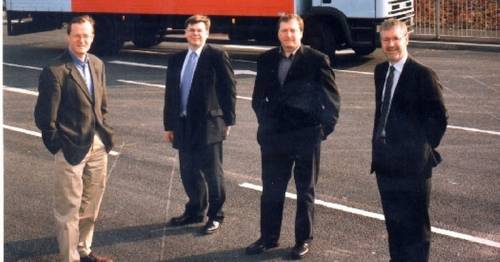 Home Bargains is known for its super cheap, family-friendly prices – but the man behind the discount chain is far from on a budget.

Tom Morris, who founded Home Bargains 45 years ago, is one of the richest people in Britain – and together with his family, the Morris’ are worth a collective £4.361billion.

The Morris’, who have been involved in retail for three generations, are notoriously private and are known for shunning the limelight – despite their combined wealth dwarfing more well-known retail tycoons such as Mike Ashley and Sir Philip Green.

In fact, Morris’ humble disposition means he reportedly doesn’t even have a private secretary and his car of choice is a Volkswagen Golf.

The family do, however, have a private jet with M-ORIS spelled out on the tail – one of their only flashy signs of wealth. 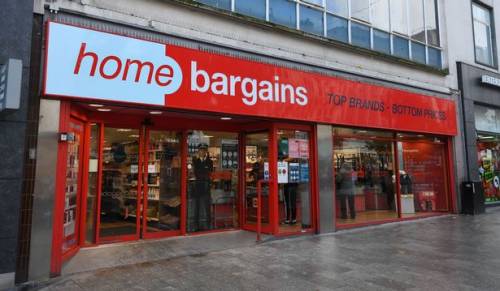 There are currently 500 Home Bargains stores in the UK but the company plans on expanding this to 1,000
(Image: Colin Lane/Liverpool Echo)

Morris, now aged 67, was born in 1954 to Liverpool shopkeeper Tom senior, who ran a store called V’s – named after his wife Veronica and standing for “value”.

Keeping in with family tradition, Morris junior launched TJ Morris Ltd, which retails as Home Bargains, in Old Swan, Liverpool, when he was just 21 years old.

According to reports, his first store – which opened in 1976 under the original name of Home & Bargain – was funded using his bank overdraft.

As the business grew, Morris, who was one of seven siblings, saw several of his brothers come on board despite them having careers in other industries.

Joe Morris runs operations and is largely the spokesperson for the family, while Ed Morris designed the computer systems and Anton Morris came up with the blue and red company slogan.

However, Tom still owns 90% of the company and has been referred by those who know him as a “canny buyer who negotiates hard” and someone who has a “real sense of smell” for business.

He currently resides in Liverpool’s Albert Dock, while his children also work in the business. 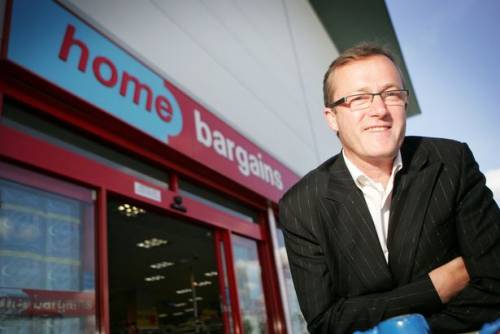 The slogan of Home Bargains is “Top Brands, Bottom Prices” and part of the reason behind its success is apparently its refusal to sell something if they can’t be the cheapest.

“If we can’t sell it cheaper than the competition, we wouldn’t sell it,” Joe once told the Guardian.

The business was also reported in 2018 to have little-to-no debt on its books and owns its stores outright – a stark contrast to its rivals on the high street who have been struggling under the pressure of online shopping.

The Guardian reports how Home Bargains' growth accelerated following the 2008 financial crisis as Brits looked to cut back on costs, as well as the loss of Woolworths on the high street.

Indeed, the Home Bargains brand has since taken over old stores where the likes of Woolworths, and later Toys R Us, once stood.

Hannah Richards, a retail analyst at industry experts GlobalData, has previously called the chain’s rise in profits “remarkable” as the business continues to lure customers in with its low-cut prices.

Home Bargains increased turnover and pre-tax profits during its latest financial year, despite paying out more than £14million because of the Covid-19 pandemic.

To date, there are now 500 Home Bargains stores across the UK, employing more than 22,000 members of staff and the business has even previously been referred to as the best thing to come out of Liverpool since the Beatles.

On the Home Bargains website, TJ Morris says it intends to expand its retail portfolio to 1,000 stores, with over 40,000 staff.

However, it still faces stiff competition from other budget rivals – included B&M, who plans on opening 45 new stores this financial year compared to the 45 Home Bargains has opened over the past two years.

Previous : Portugal flights soar to 16 times the price of a ticket as 100,000 Brits rush home
Next : GMB branded a ‘joke’ as Richard Madeley and Susanna Reid awkwardly grill nudist family