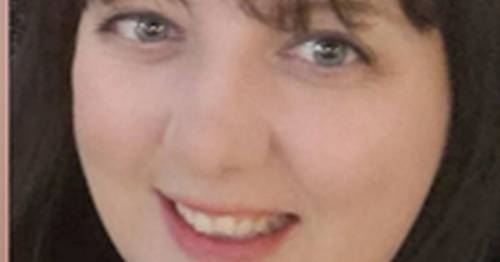 A nurse who rushed to help injured passengers after a bus crashed into a building has been hailed a hero.

Alison Goodwin was out in Westhoughton, Bolton, when she saw a bus crash into a gym.

The bus driver allegedly suffered a medical episode while driving at around 6.40pm on June 10.

The nurse ran to aid those who were on board the bus and spent time performing first and tending to cuts while ensuring no one was trapped.

The mum-of-tree was among dozens who rushed to help and she has now been hailed a hero, reports the Manchester Evening News.

The scene of the crash in Westhoughton
(

A post commending the 37-year-old's bravery has so far racked up 1.4k likes and more than 250 comments.

Alison said: “Myself and my friend ran down. I don’t remember a lot of that really, it just sort of happened.

"There were lots of people running about screaming, it was panic stations.

“There was lots of debris on the floor and the driver’s cab was inside the gym. There was a woman who had sustained a serious head injury where she hit the bars on her head.

"I went upstairs to make sure there was no one knocked out or hiding under the seats.

“It was weird actually because when you’re in that situation you just do things. When I turned around, there was a building in the bus and I realised this wasn’t safe.

"I’ve had major trauma training; I was on shift when the Manchester Arena bombing happened.

"You never want to be, but when you find yourself in a situation like that, you just do what you have to do.”

CCTV footage, which has been shared on social media, shows the bus speeding by a line of traffic into the wrong carriageway before crashing into a car at a junction and then into the building.

Following the smash, engineers worked to remove the damaged double-decker and make the building safe.

Video of the manoeuvre showed great care being taken as the vehicle was slowly removed from the building, which houses a gym. The owner said it was a 'small miracle' nobody was killed.

Stagecoach said they are providing support to their driver and that they are "supporting efforts to establish the full circumstances involved.”

A spokesperson for Stagecoach Manchester said: “We can confirm a bus operating Service 7 was involved in an incident on Market Street, Westhoughton on June 10 at 18.38.

"Our first thoughts are for those affected by the incident, and we are also providing support to our driver.

"Safety is our absolute priority, and we are supporting efforts to establish the full circumstances involved.”

Greater Manchester Police (GMP) have been contacted for an update on the incident.

On Friday they simply said a bus had "collided into a nearby building" and appealed for any witnesses to come forward.

A spokesperson for Greater Manchester Fire and Rescue Service said: "At 18:40 today (10 June), firefighters were called to reports of a road traffic collision involving a bus, a car and a building.

"Crews worked with colleagues from North West Ambulance Service (NWAS) and Greater Manchester Police to assess the area and make the scene safe.

"One casualty was conveyed to hospital by NWAS.”