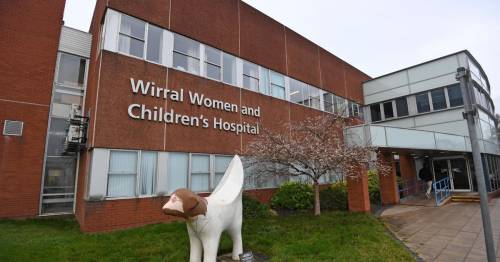 Parents felt their worry over their nine-month-old daughter's health was not taken seriously and they were treated like "hypochondriacs" before her death, an inquest heard.

Camilla Adamson and Jon-Luc Cummings, of West Kirby, were worried about their baby Pearl-Nora Jacqueline Camilla's swollen stomach and were in regular contact with doctors at Arrowe Park hospital before she died on March 3, last year.

Baby Pearl was born prematurely at 28-weeks in Birkenhead and suffered complications, including necrotising enterocolitis which required surgery, reported the Liverpool Echo.

After further concerns in August 2020 of a swollen abdomen, tests revealed "nothing of concern" and she was again transferred back to Arrowe Park and discharged home.

The inquest heard that Pearl's family felt like they were being treated as "hypochondriacs" before her death.

In a statement read out to the court, mum Camilla – represented by Pryers Solicitors – said they were sent home and taught to help Pearl pass stool by "inserting a cotton bud into her anus."

She said she "felt uncomfortable doing so" but followed the doctor's advice.

But issues with feeding and a swollen abdomen continued and in October Pearl had a "lump the size of a golf ball" on her abdomen and her parents were told she would need surgery to fix a hernia, which she had that month.

Her parents said she began to look like a "pregnant baby" and they were not seen in person by medical staff from November to February while Pearl was "crying in pain".

Pearl took a turn and was "unresponsive and limp" for around 20 minutes before being rushed to A&E at Arrowe Park on February 21, last year.

Mum Camilla said her abdomen was so big it had "hard ridges on it" but after observations, she was sent home with suspected tonsillitis.

Then on March 3, Pearl "went blue in her father's arms" the inquest heard and CPR was attempted.

Giving evidence, Karen Martin, paediatric registrar, said when Pearl arrived at Arrowe Park on February 21 her observations were "normal" and she appeared "well".

The hospital thought Pearl had early signs of infection but there were "no concerning features" and she was "reassured" by her presentation at that time.

The court was told that Pearl's observations were "completely normal" and she had a "really soft" tummy, albeit extended, but children with a small bowel would typically present as very "sick".

When discussing the root cause analysis, the inquest heard it was a "difficult thing to diagnose in the context of how Pearl presented on the day" and the notes had a "thorough examination."

Dr Elizabeth Thompson added on that day in February, given Pearl's symptoms, an internal hernia "wouldn't be the first thing that springs to mind."

She said if Pearl had stayed in hospital, there's nothing to suggest it would have been picked up.

Also giving evidence was pathologist Brian Rodgers, who gave an initial cause of death as transmesenteric, small bowel internal hernia caused by surgery brought on by being born prematurely. He said essentially, the small bowel had slipped through "quite a large hole", measuring at five centimetres, and twisted, which can be fatal if not seen and treated.

He presumed this was from a complication of the previous surgery and said "death is inevitable" if left untreated, but it is a "difficult diagnosis to make" because it depends on the symptoms the patient portrays.

When speaking about her time at Alder Hey, Sarah Woods, consultant paediatrician, said the need for more tests is a "judgement call" as if Pearl had carried on vomiting, she would’ve "followed through", but in this case, the baby had "improved dramatically".

When asked why there was no further investigation at the time, Ms Woods said they managed to advance her feeds and an abdomen that goes "up and down" is reassuring. The hearing heard how there was no way of telling how long the issue had been there.

Area Coroner Ms Anita Bhardwaj said it was "unclear when the internal hernia developed" and whether the defect was there from birth. She added it was "more likely than not" the defect occurred post August 2020 surgery so "caused by that surgery."

She went on to say it likely "started small and then developed with bowel movement" and that the hernia itself "could not be aged".

Ms Bhardwaj, who described Pearl as a "beautiful girl", told the court even if specialist advice was sought by Arrowe Park hospital on February 21, with presentation it still would've resulted in a decision to discharge baby Pearl.

She said the injury to the bowel is likely to have occurred on March 3 and would not have been present on February 21.

She added: "I find that the care and treatment afforded to baby Pearl at Alder Hey hospital as well as Arrowe Park throughout was reasonable and appropriate and no stage was it suggested of the fact there was an internal hernia.

"For that reason I do find this was an inadvertent complication of a necessary medical procedure and conclude baby Pearl died as a result of misadventure."

Previous : Mum claims simple home-made £1.18 solution is ‘the best weed killer ever’
Next : Hero lorry driver battled flames in bid to save motorist, 81, who died in horror smash