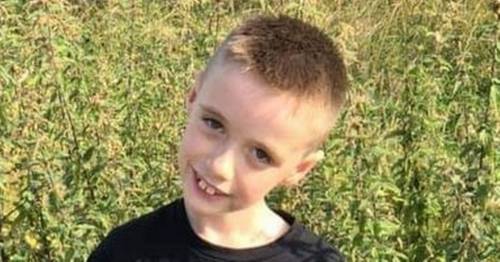 A family has been left devastated after their son was diagnosed with a rare form of leukaemia just days before his ninth birthday.

Jake, who is prone to getting sick around the winter 'flu season' each year, was taken to the doctors and prescribed antibiotics after the doctor thought he may have a bacterial infection.

But one day, shortly after waking, Jake's parents noticed that he had "swollen up", his uncle, Aidan Whittingham, 28, told Yorkshire Live.

Jake has a rare blood cancer
(

Aidan said: "My dad's a nurse and he advised my brother to take him to the doctor and they passed him to the hospital.

"By the time he got to hospital he was that anaemic that his organs had gone into failure, so they actually saved his life that day and it was touch and go about whether he'd get through that day."

That was Thursday, November 11, 2021 – just days before Jake's ninth birthday – and his frantic parents were told that Jake had acute lymphoblastic leukaemia: a rare form of blood cancer.

Aidan added: "With my dad seeing the signs that he worried about – and the family doctor couldn't pinpoint where he thought the infection was – that's how they ended up getting referred to the hospital.

"They ran tests on him and found his heart and kidneys were in failure, so he was pretty much straight onto blood transfusions and stuff then."

Jake is autistic and has sensory issues, which includes not always liking to be touched, so Aidan said that he "can't even begin to think" how the experience in hospital must have been for him.

"You could tell he was really ill because otherwise he'd have been kicking and screaming but he just sat there and let them get on with it."

Unfortunately, Jake was not well enough to go home by his birthday, but doctors managed to stabilise him and he was able to have a small celebration on the ward at Sheffield Children's Hospital, including a balloon and some presents.

He was in the hospital for around two weeks and was able to go home for Christmas, but his family have been told that he now has a long fight ahead.

Aidan said: "He should be expected, hopefully, to make a full recovery. We don't know as of yet, but when doctors have explained it, it's pretty much at least two years treatment minimum and how he responds to treatment is going to be the basis on how long it ends up being.

"The outlook is positive, he's reacted to the chemotherapy and the cancer cells in the tests that they're doing and his bone marrow, they are low – they are still there but they are coming down."

Jake's mum and dad have three other children, Lily-Mae, nine, Alfie, seven, and Annie, two, and Aidan said that the added worry of Jake's illness has "hit them hard".

He added: "They have soldiered through it, I'm proud because it hasn't been easy, so we've had to rally around them.

"I've got my young boy here, he's only 14-months, I couldn't even think or imagine what I would think if it was him, I can't really put myself in his [Adam's] position, but they've struggled."

Aidan has now set up a fundraiser for his 33-year-old brother and Megan, 30, to help raise some money for adjustments to their house – as Jake will require a wheelchair and additional mobility adjustments.