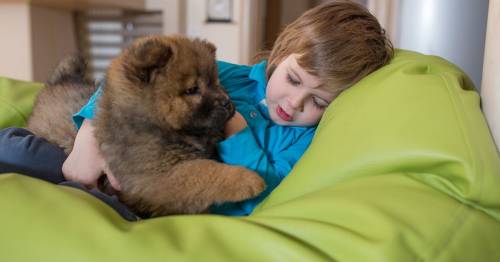 Health chiefs are exploring a potential link between pet dogs and a hepatitis outbreak affecting children around the world.

The UK Health Security Agency (UKHSA) has identified a "high" number of children aged 10 and under who have been struck down by the illness who belong to a family that owns dogs or have been exposed to a canine.

It is investigating why 163 cases of the liver disease have been detected in the UK since January, including 11 who have needed a transplant, and said the "significance of this finding is being explored".

Experts have described the link as "a bit far-fetched" considering how many families own dogs in the UK.

Officials said on Friday that an additional 18 children have come down with hepatitis, which is the term used to describe inflammation of the liver.

Data shows that almost 300 cases have now been identified around the world. One person has died and four cases are under investigation in the US and Indonesia.

Scientists are unsure about what is causing the illness – with the common viruses hepatitis A, B, C, D and E excluded from laboratory test results.

Medical bosses think an adenovirus may be to blame but investigations are under way because they usually prompt stomach bugs and colds.

It is known that dogs can be infected by two strains of adenovirus, including one that causes infectious hepatitis. The other is among the pathogens that causes "kennel cough".

Analysis found that around 75% of the 163 children in the UK who have had hepatitis tested positive for adenoviruses.

However, the UKHSA concedes that the remainder could have had the virus too because of the way the testing is conducted.

A number of the cases that had tested negative had only searched for adenovirus in respiratory and faecal samples despite the fact it is usually found in the blood.

One theory is that the immunity of children has been weakened by lockdowns, which has left them more vulnerable to the virus.

Previous : Man gets life for killings in California, Texas
Next : Grieving dad confronts Russian soldier with son’s blood after he was killed in blast – World News