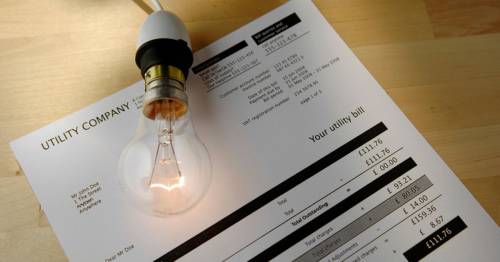 Sales of halogen lightbulbs will be banned from September – with fluorescent alternatives to follow, the Department for Energy has confirmed.

Energy-saving labels will also be upgraded to make it easier for customers to choose the most efficient option, in a move that could save the average household £75 a year on utility bills.

The UK began phasing out the sale of higher-energy halogen lightbulbs in 2018 and right now, around two thirds of bulbs sold in Britain are already LED.

However, the new legislation means retailers will no longer be able to sell the majority of halogen bulbs for general household use in the UK from September 1 in efforts to wipe them out completely.

LED bulbs typically last five times longer than traditional halogen ones and produce the same amount of light – but use up to 80 per cent less power. 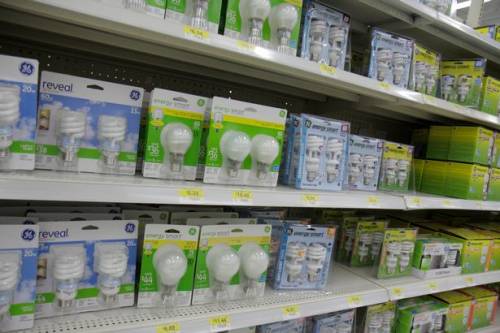 Legislation being brought forward this month will also include the removal of fluorescent lights from shelves from September 2023
(Image: Universal Images Group via Getty Images)

Those who have a halogen lightbulb in their home will not have to dispose of it by the deadline, however they will not be able to replace it when it blows.

Legislation being brought forward this month will also include the removal of fluorescent lights from shelves from September 2023.

This includes traditional fluorescent tube lighting, which are common in offices.

To help people make the switch, new energy efficiency labels will be introduced on boxes.

Do you still use halogen bulbs in your home? Let us know in the comments below

The labels will simplify the way energy efficiency is displayed on a new scale from A-G, removing A+, A++ or A+++ ratings.

Under the new grading system, very few bulbs will now be classified as A, helping consumers choose the most environmentally friendly option.

Today’s plans also include a ban from September on the sale of lighting fixtures with fixed bulbs that can’t be replaced – meaning the fixtures have to be thrown away. 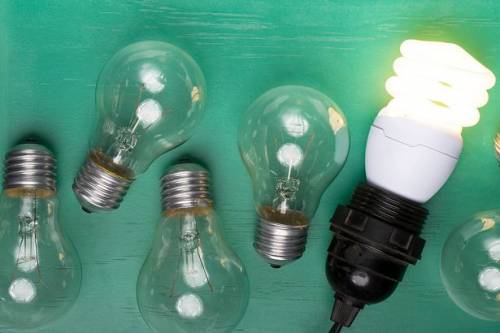 Taken together, the government said these new rules will stop 1.26 million tonnes of carbon being emitted every year
(Image: Getty) 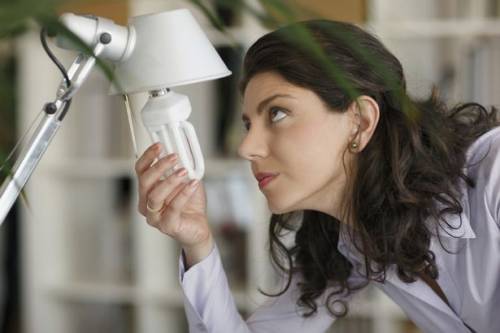 They're just as easy to install
(Image: Getty)

Taken together, the government said these new rules will stop 1.26 million tonnes of carbon being emitted every year – the equivalent of removing over half a million cars from the UK’s roads.

It said the measures will also save the average household £75 a year on energy bills.

Minister for climate change, Lord Martin Callanan, said: “Phasing out halogen bulbs in favour of LED alternatives that last longer, are just as bright and cheaper to run, is another way that we are helping tackle climate change.”

Chief executive of Signify UK, which owns Philips lighting, Stephen Rouatt, said: “We welcome the UK government’s next step in the transition towards more sustainable lighting products. Using energy-efficient LED equivalents for halogen and fluorescent lighting on an even broader scale will significantly help the UK on its journey to decarbonisation, as well as lowering the annual electricity bills for consumers.”

It is estimated that the energy efficiency improvements will cut 8million tonnes of carbon emissions in 2021 by reducing the amount of energy products consume over their lifetime – the equivalent of removing all emissions from Birmingham and Leeds each year.