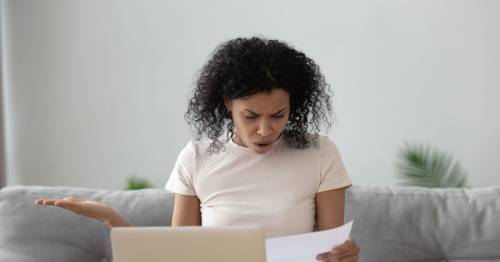 Half of youngsters have too much debt or not enough cash to pay bills if they were hit by a “financial shock”, research reveals today.

Thirty-one-per-cent of young people had fallen behind on domestic bills and credit card repayments in the last six months, compared with just 3% of those aged 51 and older.

However, the online research, funded by Yorkshire Building Society, found those in the 18 to 30 age bracket were more likely to be savers than any other age group, with only 16% not saving at all.

Most youngsters are still managing to save cash
(

Yet young people were also, on average, spending more than twice as much as older people on essentials, at nearly £1,300 more per month.

Demos deputy research director Ben Glover, the lead author of today’s Bouncing Back study, said: “Despite the criticism that young people often face – regularly accused of spending too much money on coffees and avocados and not being financially prudent – our new research shows just how much young people are trying to look after their finances and save for the future; more so than any other age group.

An unexpected bill would prove difficult for many
(

“But amid a cost of living crisis, they still face the greatest uphill battle, with the highest spending on essentials, a lack of support and a system that doesn’t work for them.

“It’s time for the Government, policymakers and financial institutions to urgently work together to help boost young people’s financial wellbeing and prospects after the pandemic.”

Yorkshire Building Society chief executive Mike Regnier said: “It’s sobering to see the stark reality of just how many of our young people are struggling simply to pay their bills on time and to build the financial safety net that we all need in a crisis.

“The research really demonstrates the challenges that the increased cost of living is posing for 18 to 30 year olds.

“Even before the pandemic, many young adults were facing a difficult financial situation and the impact of Covid-19 on the economy has only exacerbated this.

“This is an issue that requires attention as a matter of urgency to ensure the serious challenges young people are experiencing around the cost of living crisis – being over indebted, amassing sufficient savings and receiving a comprehensive financial education – are addressed in a meaningful, timely manner.”

Previous : Matt Goss hopes new album will take him from Vegas to world tour
Next : ‘Joke PM Boris Johnson adds insult to injury by hiding from Covid toll shame in villa’ – Voice of the Mirror