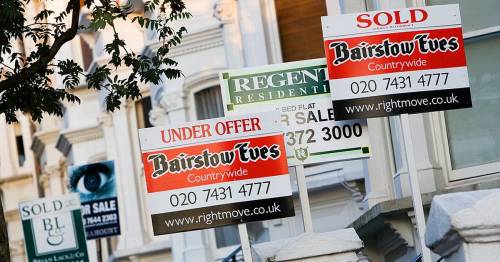 Hundreds of thousands of households with punishing ground rents are being freed under new rules coming in from June 30.

Many leasehold homeowners pay high yearly 'ground rent' fees to their freeholder, the ultimate owner of the property.

But many people are trapped paying eye-watering amounts, which combined with a mortgage, can make it feel like they are paying rent on a property they own.

In the worst cases these ground rents doubled every 10 to 15 years.

Now ground rent is being banned on new leasehold homes from June 30.

This is because of a new law, the Leasehold Reform (Ground Rent) Act, which kicks in on the last day of June for properties in England and Wales.

The law means that ground rents on new homes will be zero, relieving homeowners from rip-off charges.

The ground rent ban will also be applied to retirement homes, but not until April 2023 at the earliest.

What is ground rent?

This is the yearly charge paid by a leaseholder to the freeholder who ultimately owns their home.

This is paid by homeowners, mostly who live in flats, but also by people living in many retirement villages.

Ground rent can pay for maintenance work on the house and grounds. However, often it is a rip-off charge meant to make money for freeholders.

Leaseholders pay a yearly charge to their freeholder or landlord

In the UK, leasehold property owners are paying an average of £319 in ground rent costs every year, totalling £447million.

Leasehold minister Lord Stephen Greenhalgh said: "This is an important milestone in our work to fix the leasehold system and to level up home ownership.

"Abolishing these unreasonable costs will make the dream of home ownership a more affordable reality for the next generation of home buyers.

"I welcome the move from many landlords who have already set ground rent on their new leases to zero and I urge others to follow suit ahead of this becoming law."

Leasehold is a form of property ownership common in the UK but rare elsewhere.

A leasehold home is not owned outright, even if you have a mortgage.

Instead, it is leased from a third party – the freeholder.

What happens to existing leaseholders?

The government has promised a second law to help people with leasehold properties now.

However, that law is still being drawn up in government and help might be years away.

Existing leaseholders can reduce their ground rents to zero by extending their leases, though this can be a costly and lengthy process.

Some current leaseholders have been voluntarily released from their contracts by their freeholders.

More than a dozen companies have removed "unjust and unwarranted" terms for homeowners which make it difficult for them to sell their property, sometimes trapping them in unaffordable homes.