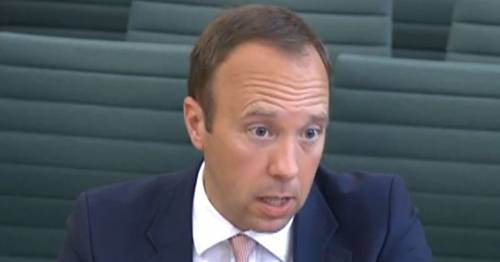 No one can forget the harrowing images of frontline staff clad in bin liners and other makeshift PPE at the height of the Covid first wave.

But on Thursday, Matt Hancock was accused of insulting bereaved families as he insisted there was never a national shortage and tried to shift the blame for the crisis onto others.

And the brazen Health Secretary even claimed there was “no evidence” a lack of PPE led to any deaths.

But the grandaughter of healthcare assistant Janice Glassey, 66 – one of the estimated 850 medical and social care staff killed by the virus – led the furious backlash against Mr Hancock’s lack of responsibilty over the scandal.

Rhian Quammie, 23, branded his response to a grilling at a select committee investigation into the Government’s handling of the pandemic “incredibly hurtful”. 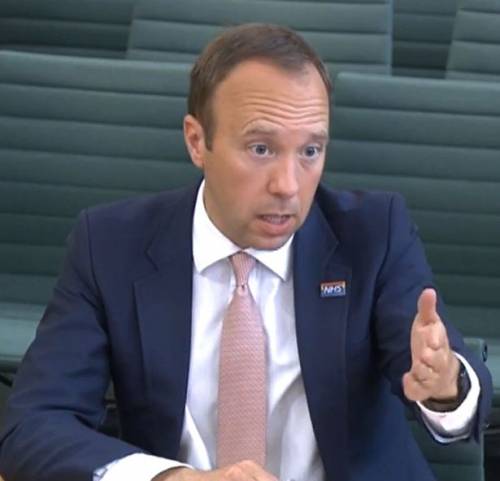 She said: “What he says is dismissive of how my nan passed away and ­disrespectful to my family and hundreds of others across the country.”

Janice spent 14 years caring for ­terminally ill patients in Halton, Cheshire, and Rhian said when Covid hit last March the only PPE she had was an apron and gloves.

A&E doctor and Shadow Health Minister Dr Rosena Allin-Khan said: “It’s insulting to all the frontline staff who didn’t have the right masks or gowns.

"They were put at unnecessary risk.” 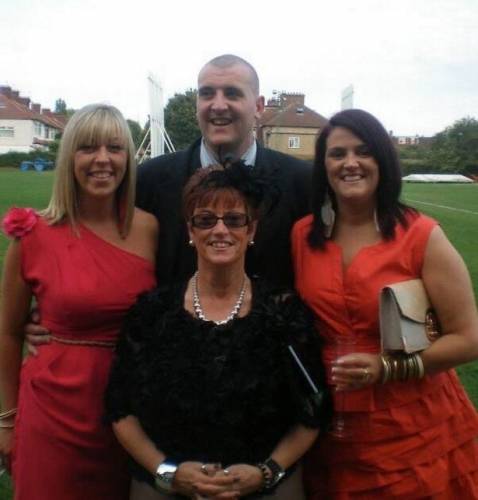 Janice Glassey, centre, had only an apron and gloves when Covid hit, her grandaughter led the furious backlash against Mr Hancock’s lack of responsibilty over the scandal
(Image: Liverpool Echo) 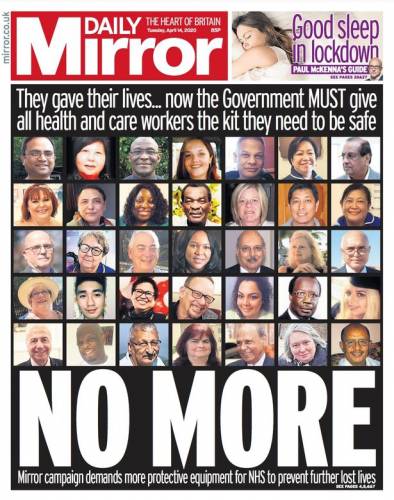 How the Mirror covered the unnecessary deaths at the time

“He does not get to rewrite history and ­the families of those affected by his c­allousness deserve an apology.”

Committee chair Layla Moran said: “We have received harrowing evidence from families who lost loved ones and from NHS and care home staff who were left without adequate PPE.”

Mr Hancock had told MPs: “There is no evidence I have seen that a shortage of PPE led to anyone dying of Covid.

"There was never a point where we ran out at a national level.” 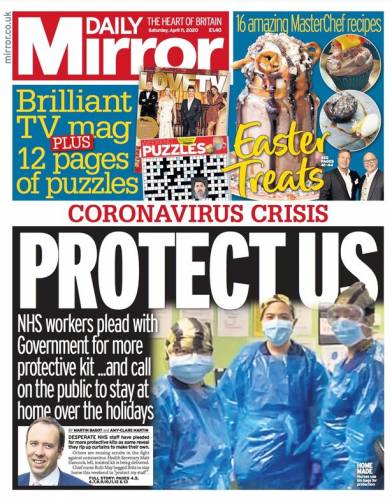 How can weasel Hancock try to rewrite this history? 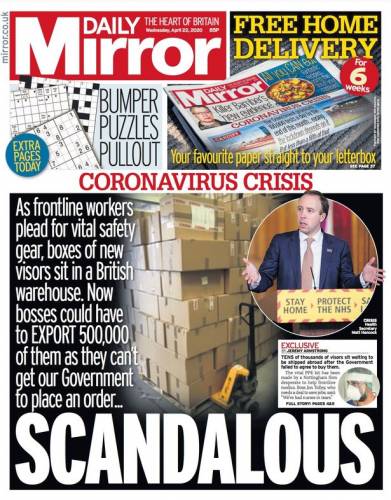 His response came after Boris Johnson ’s former aide Dominic Cummings said the Health ­Secretary should have been sacked for lies and fatal failings over PPE, testing and care homes.

Mr Hancock rejected the ­allegations and said it was “telling” Mr Cummings has not yet produced any proof to back them up.

But hours later, the ex-adviser announced he will publish the evidence – and immediately campaign for a public inquiry.

Mr Hancock admitted he was warned in January last year the pandemic could cause 820,000 UK deaths – but lockdown still never happened until March 23.

He said he takes “full ­responsibility for the areas I am responsible for”.

But he then went on to blame scientists for claiming the virus could not be passed on without symptoms.

He also claimed scientific advice that people would only tolerate lockdowns for a limited period was wrong.

SAGE sub-group expert Prof Stephen Reicher said: “This is an inversion of the truth.

"If this were a proper inquiry, Hancock would be guilty of perjury.” 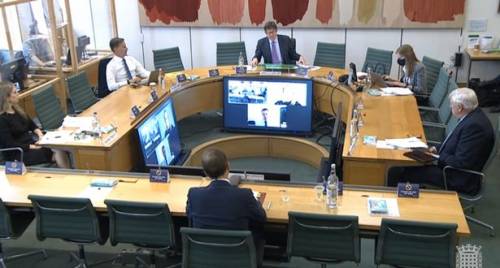 Lobby Akinnola, of the Bereaved Families for Justice group, accused Mr Hancock of blaming “everyone but himself and the Government for the handling of the pandemic”.

He said: “Scientists, the public and advisors are all seemingly at fault. Our loved ones were placed in jeopardy and they paid for it with their lives.” 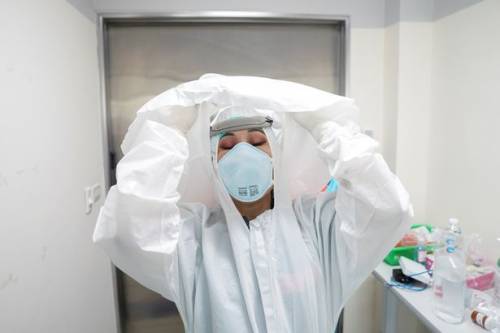 Proper PPE like this was nowhere to be seen
(Image: REUTERS)

Mr Hancock repeated his claim that “at a national level there was never a point at which we ran out” of PPE.

He also suggested there was “no evidence” that problems getting kit to the front-line cost lives.

Labour accused him of trying to “rewrite history” as medics’ lives had been put at unnecessary risk by shortages.

NHS Providers had warned levels were “dangerously low”, with gowns and visors in particularly short supply.

The Health Secretary did not fully deny he had blamed shortages on Rishi Sunak and NHS chiefs. 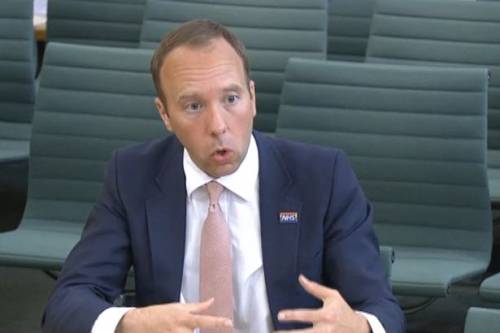 Hancock has some nerve to make the shameful claims
(Image: PRU/AFP via Getty Images)

He said there were “individual challenges”, but claimed they were to do with distribution to local areas rather than supply.

Mr Hancock quoted a National Audit Office report from November which said NHS provider had reported they “were always able to get what they needed in time”.

But he did not read the next paragraph, which says: “This was not the experience reported by many front-line workers.” 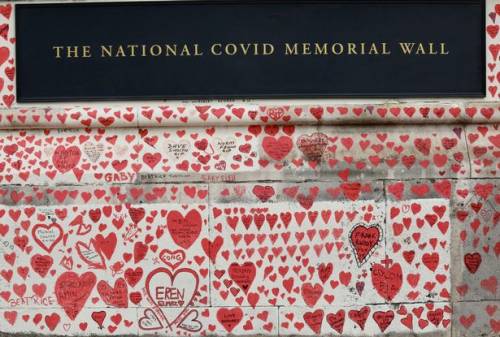 Seeking to justify the delay to the first lockdown, Mr Hancock said the timing followed scientific advice which ministers found it hard to overrule.

It has been claimed the delay cost tens of thousands of lives.

Former government adviser Professor Neil Ferguson has said that deaths across the UK would have been halved if lockdown had been introduced a week earlier.

Mr Hancock admitted that in January last year he was warned about a “worst-case scenario” of 820,000 deaths, based on Spanish Flu – but it took another 51 days before Boris Johnson announced the first lockdown.

By March 9 the data began to follow roughly the path of that worst-case scenario.

Yet the lockdown did not come until March 23.

The Health Secretary claimed the evidence was still “highly sketchy” and the decision was the “most significant judgement” any peacetime Prime Minister could make. 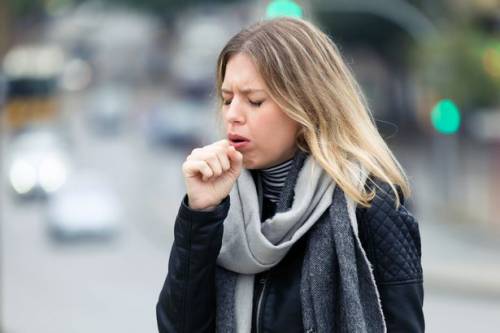 Not everyone shows symptoms of Covid
(Image: Getty Images/iStockphoto)

Boris Johnson has said his biggest regret from the pandemic’s early days was the scale of asymptomatic transmission was not known.

But Hancock claimed he had known about it as far back as January 2020 – yet it took the Government months to act.

The Health Secretary said he first heard evidence of asymptomatic transmission as the virus took hold in China but was told by the World Health Organisation it was “likely a mistranslation”.

He added that he “bitterly” regretted not ignoring the scientific advice.

As early as January 28 SAGE experts pointed to evidence it was occurring.

At a meeting in April, it was noted that an NHS study indicated the positive test rate among asymptomatic health workers was 5-6%.

Hancock admitted: “I should have said even if it’s uncertain we should base policy on that.”

If the Government had done this it could have dramatically changed the course of the pandemic here. 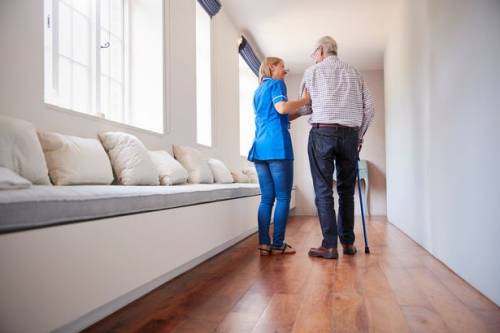 Hancock said that at the start of the pandemic his powers over social care were “extremely limited”.

And he admitted: “When I first asked for a list of all of elderly care homes, we didn’t have one. Which I find totally extraordinary saying – but it’s true.”

After Cummings branded his claim to have thrown a “ring” around care homes “nonsense”, Mr Hancock said: “The most important words in the sentence are ‘we tried to’. It was very hard.” And he said he was not aware that advice on discharge testing was softened on the instruction of his department.

But care home chiefs reject his claim of a “protective ring”, claiming hundreds if not thousands of people died unnecessarily. 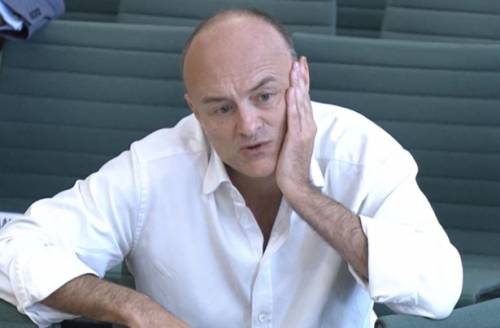 The Health Secretary had “no idea” why Cummings had targeted him but knew the aide wanted him out. He denied telling the PM in March 2020 that patients sent to care homes were being tested first.

He said his 100,000 daily tests target had “galvanised” the system.

Hancock denied there were national PPE shortages or that he lied by saying all patients got the Covid treatment they needed in the first wave.

Hancock said it was “telling” Cummings had yet to produce evidence – and claimed the Government had run better since he left.

Hancock also denied using the phrase “we follow the science” to shift blame for Government failures.

Cummings claimed he heard the Health Secretary tell the PM they could say they were misled by the science for mistakes they had made. 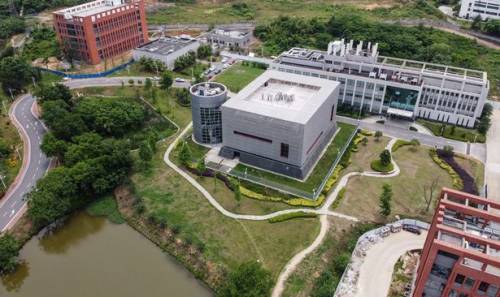 The P4 laboratory on the campus of the Wuhan Institute of Virology in Wuhan in China's central Hubei province has been accused by top US officials of being the source of the pandemic
(Image: AFP via Getty Images)

Hancock said there should be a full inquiry into the outbreak in China after US President Joe Biden ordered intelligence agencies to report back in 90 days on what was known about the origins of the virus.

It follows unverified claims that three staff at the Wuhan Institute of Virology were hospitalised in November 2019 with symptoms consistent with Covid or seasonal flu.

Hancock said he “just doesn’t know” whether the theory is true. “It’s vital that we have a fully independent investigation in China.”

He said the early response to the pandemic was hampered by a lack of information coming out of China. “One of the things that hindered our early response was a lack of transparency from China.

“That must be put right in terms of preparedness for future pandemics. It is vital for the world that China is more transparent about its health information as soon it understands there are problems.”