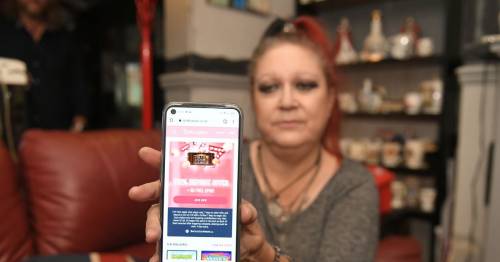 Gran’s dream wedding in jeopardy in row over casino paying out £5,000 winnings

A grandmother who had hoped a casino win would help to fund her dream wedding now fears it may never happen after a money mix-up with the online business.

Susan Smales, 51, was over the moon when she won £5,000 through Pink Casino, and had earmarked the money for her dream wedding.

She had previously won some money with the company, which she had successfully claimed, and was delighted with her second windfall, Hull Live reports.

The plan was for the money to go towards helping her partner get a divorce from his previous wife, so they could get married as soon as possible in order for her terminally ill dad to attend.

However, weeks on, she still hadn't received the money and is now concerned her father will not be able to attend the occasion.

Susan, 51, now felt as though the “life-changing” amount of money had been “stolen” from her.

“I had made many plans since finding out that I had won.

“I had booked a holiday in London, I was looking forward to some time off since the lockdown has ended.

“But we had to cancel it and go to Bridlington for fish and chips instead.”

After she had won, Susan was told by Pink Casino that she would be required to verify her identity on August 20, before she could collect her winnings.

Susan Smales was delighted when she won £5,000 through Pink Casino
(

She went through the process but still was still unable to withdraw the money from her online account.

Frustrated, she contacted Pink Casino’s support team and was told she would be assisted.

But, after a few message exchanges, they stopped replying to her messages.

“I just want my money, I'm just constantly stressed and trying to get in touch with them every day and I'm getting no answers,” she said.

After being contacted by Hull Live, Pink Casino said it had resolved the issue with Susan and allowed her to process her withdrawals.

A Pink Casino spokeswoman said: "We always want to give our customers the best gaming experience there is.

"This starts from registration, via the best games. Needless to say, this also includes smooth deposits and withdrawals.

"Every step is as important for the overall experience. Our industry is a highly regulated one, and from time to time we must carry out certain checks.

"We apologise for any inconvenience this may cause – it is certainly our ambition to make this process as smooth and quick as possible for our customers."