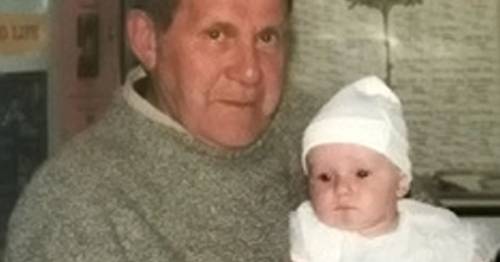 A teenager has been charged with manslaughter as an 86-year-old granddad was tragically killed when punched in the face, a court heard.

Army veteran Frank Fishwick was assaulted after speaking to a gang of youths near an underpass outside his property in Preston, Lancashire last Friday afternoon.

He died in hospital the following morning, with a post-mortem examination finding the cause to be bleeding as a result of fractures to the nose, consistent with being assaulted, Lancashire Police said.

Student Mohammed Al Aaraj, 19, of Sheffield Drive, Preston, spoke only to confirm his name and date of birth when he made a brief appearance in the dock at Preston Magistrates' Court accused of the manslaughter of Mr Fishwick.

Holly Holden, prosecuting, told the court "community tensions" had been raised in the area as the result of the death of Mr Fishwick, an ex-serviceman.

No pleas were entered and there was no application for bail.

District Judge Jane Hamilton told the defendant: "This is a serious matter and can only be dealt with by a judge and jury at crown court.

"I'm transferring this matter now to the crown court where you will appear on October 12."

In a tribute after his death Mr Fishwick's family described him as an "adored father and grandfather".

He had served in the Army Royal Corps of Engineers and later worked for Leyland Motors.

Detective Chief Inspector Mark Haworth-Oates, of Lancashire Police said: "First and foremost our thoughts remain with Mr Fishwick's family, who continue to be looked after by specialist officers.

"Our inquiries are very much ongoing and we have now charged a man in relation to this incident.

"However, we are continuing to ask witnesses to come forward.

"If you saw the incident or have any information about who was involved and what happened, please let us know.

"Similarly, if you have any dashcam, CCTV or mobile phone footage showing what happened, please tell us."

Anybody with information is asked to get in touch on 101, quoting log 879 of September 10.

Previous : Thor Bjornsson open to fighting Mike Tyson and Tyson Fury ahead of ring return
Next : What is COP26 and how are the UK government going to tackle climate change?