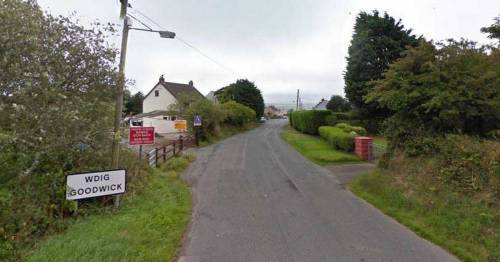 Gran, 72, died after being mauled by 12-stone bulldog in ‘series of attacks’

A gran died after she was mauled by a 12-stone bulldog in a "series of attacks", an inquest has heard.

Elizabeth Walton, 72, was hounded by the American bulldog called, Rex, while babysitting her granddaughter despite it being a family pet she was "familiar" with.

Elizabeth, who was known as Ray, suffered bite wounds to her legs and bum when the large dog attacked her in Pembs., Wales last August.

She had to have an arm amputated following the mauling. She sadly died three weeks later in hospital having developed sepsis and pneumonia, an inquest heard.

The former ferry worker shop assistant was looking after her youngest granddaughter over the school holiday when the attack happened.

Coroners officer Lisa Jenkins said she had been alone in her daughter Leah's house while her granddaughter went outside to play.

Elizabeth was found in the utility room of the house laying on the floor and covered in "a large amount of blood".

Ms Jenkins said Leah's partner Ryan Joshua came home to find the wooden divider that kept dogs out of the house was not in place.

She said: "It was clear to him one of the dogs had attacked."

Police later confirmed the animal was an American bulldog, which is not a banned breed, and it was destroyed following the attack.

Ryan tried to keep Elizabeth warm as he raised the alarm, the inquest heard.

Ms Jenkins said: "She was airlifted to Moriston Hospital in Swansea received treatment for extreme injuries to her legs and buttocks."

Ms Jenkins said medics were forced to amputate one of Elizabeth's arms following the attack.

The hearing at Haverfordwest County Hall was told she never regained consciousness and died in the early hours of September 1 after having contracted septic shock and pneumonia.

The inquest heard her medical cause of death was a heart attack and ventilator-induced pneumonia, septic shock and fatal dog bite injuries.

Giving a conclusion of accidental death, coroner Paul Bennet said: "This is one of those tragic situations where a dog has launched a series of attacks.

"The injuries resulted in her being hospitalised and the development of septic shock and ventilator-induced pneumonia.

"The dog attack and bites seem wholly logical to be as a result of an unintended act of the dog.

"The sad fact is that for whatever reason Mrs Walton was the victim of this incident. And in that sense of the word, has been subjected to an accident."