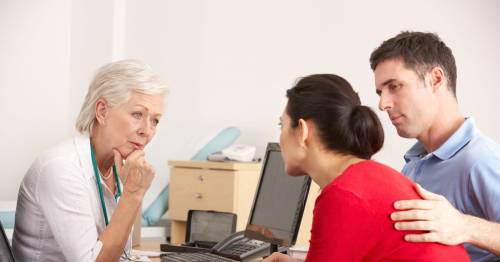 GPs will be named and shamed if they fail to offer proper access to patients under new Government plans.

Health Secretary Sajid Javid faced a major backlash from medics as he unveiled a new £250m package for GPs in England after coming under pressure to boost the number of face-to-face appointments.

The cash is aimed at improving patient access but practices which fail to provide an "appropriate" level of face-to-face appointments will not be eligible for the new funding.

Patients will be able to rate their GP practice's service by text and appointment data will be published from the Spring so surgeries can be compared.

Mr Javid told the BBC that the Government would not be publishing league tables – but the data will be available for patients to compare practices.

But controversial move sparked fury from family doctors, who are battling to cope with pandemic pressures and long-running staff shortages – with reports of abuse from patients angered by long waiting lists.

The British Medical Association (BMA) blasted the Government as "out of touch" with the scale of the crisis and warned that GPs were facing "the worst winter in decades".

BMA General Practitioners Committee chairman Dr Richard Vautrey saying: "GPs across England will be truly horrified that this is being presented as a lifeline to general practice, when in reality it could sink the ship altogether."

Prof Martin Marshall, RCGP chair, told its annual conference on Thursday: “The so called support package for general practice in England, announced this morning is most definitely not the answer to the challenges that we face in providing high quality care for our patients.

"We unwittingly find ourselves in the centre of a public storm over face-to-face appointments and malicious criticism of the profession by certain sections in the media and by some politicians."

He said it was the worst he could remember in more than 30 years of working as a GP, adding: "The widespread vilification of hard working GPS and our teams is unfair, it’s demoralising, and it’s indefensible."

She said: "The Conservatives have already missed their own targets to recruit and train more GPs. Now they are coming up with plans to name and shame GPs, which risks driving even more doctors away from the profession.

“The government should focus on meeting their own target of hiring 6,000 more GPs, instead of attempting to shift the blame onto doctors for their own failings."

Only 58% of GP appointments in England were conducted in person in August compared to around 80% before the pandemic, according to NHS Digital.

However GP leaders say they are facing a cocktail of Covid pressures, including staffing issues, increased demand and infection controls.

Academy of Medical Sciences analysis shows the NHS is at least 2,500 GPs short of what it needs, while the demands of the ageing population are increasing pressure on medics.

There are currently 1,500 fewer GPs than in 2015, despite repeated promises to increase their number.

Under the plans, GPs would be freed from some red tape, and other parts of the NHS will be drafted in to help with some tasks, such as providing patients with fit to work notes or DVLA checks.

The blueprint includes new investment to fund locum doctors and support for GPs from other health workers such as physiotherapists and podiatrists.

Local health systems will be given more freedom to decide on how it runs appointments, such as walk-ins, but the NHS will also increase scrutiny of GP surgeries.

Appointment data will be published at practice by Spring – and GP surgeries that do not provide "appropriate levels" of face-to-face care will not be able to access the additional funding and will instead be offered support.

It is not clear what the level of appointments need to be face-to-face.

GPs will be told to "respect preferences for face-to-face care unless there are good clinical reasons to the contrary".

Infection control measures – such as social distancing rules – will be assessed to see if they can be downgraded.

Patients will be able to see different types of clinicians in general practice including nurses, pharmacists and paramedics.

Amanda Pritchard, chief executive of the NHS in England, said: "Improving access to high quality general practice is essential for our patients and for the rest of the NHS too.

"It is a personal priority and today NHS England is taking both urgent and longer term action to back GPs and their teams with additional investment and support."

"This will tackle underperformance, taking pressure off staff so they can spend more time with patients and increase the number of face-to-face appointments.

"Alongside this we are setting out more measures to tackle abuse and harassment so staff at GP surgeries who work so tirelessly to care for patients can do so without having to fear for their safety."

It comes after campaign group EveryDoctor, which represents 1,700 UK doctors, said that GPs have been "blamed" for the proportion of telephone consultations offered to patients when they had been instructed by the Government to offer initial consultations on the phone or online.

Dr Julia Grace Patterson, chief executive of EveryDoctor, told a briefing on Wednesday: "It's a bit of a shock for GPs to have been told vehemently by the Health Secretary last year that all appointments should be via telephone, and now we are told the absolute opposite and, in fact, blamed for the amount of telephone consultations that have been happening."