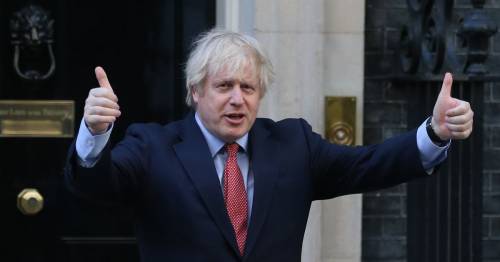 The House of Commons and Science and Technology Committee and Health and Social Care Committee today published their report into the lessons and failings from the first 18 months of the Covid-19 pandemic.

The report was damning in its findings, suggesting ministers and Boris Johnson failed to contain the outbreak by adopting a 'fatalistic' mindset.

Here, two health experts give their view on the report's findings – and what happens next.

The House of Commons report on the lessons learned to date on Coronavirus is damning on the UK response.

On the initial response in 2020, the report highlighted four main failings. Those were: ignoring the advice and experience from the WHO and other countries where Covid hit first.

Instead of scaling up our testing capacity we reduced it, so we didn’t know where and how it was spreading.

We made assumptions about what level of response the British public would accept, which were not based on any evidence and turned out to be entirely wrong.

And finally, we didn’t set up a test, trace and isolate system until too late. Even once we did, it was never particularly effective.

Instead of preventing infections in the first place, the focus was almost entirely on managing hospital capacity once people got sick. This did nothing to stop spread in the early stages and later led to the terrible decision to discharge elderly patients to care homes without a test, seeding Covid throughout the care home sector and resulting in thousands of deaths.

In the end, despite all the advantages we had, the UK set itself up to fail in containing the pandemic, with a sense of fatalism that somehow this was all inevitable.

As the report made clear, it was not.

In other countries, the leadership has taken responsibility for the failings of their response to Covid-19.

We've seen both the Swedish and the Japanese prime ministers resigning over Covid mistakes. We've seen Donald Trump punished at the ballot box with Covid being the top electoral issue in the US. We live in a democracy, so it's up for people to look at their leadership and question whether we have the kind of leadership we want.

The report is pretty clear and comprehensive on where the UK fell down. It goes into strategy, it goes into implementation and exceptionalism. And it does highlight, in quite a balanced and fair way, where mistakes are made and where improvements need to be made for the future. A positive thing is that we live in a country where MPs are able to distance themselves enough to recognise what went wrong.

Now we need to look at what's needed for the next crisis. I'm very convinced by the 100 Day Mission, which aims to have diagnostics, vaccines and therapeutics ready to go within 100 days of a new outbreak. With mRNA vaccine technology, new vaccines can be sequenced and manufactured in a weekend, and then just need to be trialled and distributed.

The likelihood is we in the UK are seeing Covid-19 receding into the background. We might have a bumpy winter but barring a new varient, by the spring we should be feeling in quite a good position with the effective vaccines and boosters rolled out. Poorer countries are probably one to two years behind us so we need to work out how to get enough vaccines to enough people around the world.

Science will usually come up with a solution, it's just a question of finding enough time to allow those solutions to come forward.

Previous : Chris Gayle slams West Indies great Curtly Ambrose by saying he has “no respect” for him
Next : Dominic Cummings brands Boris Johnson a ‘joke PM’ after damning Covid report