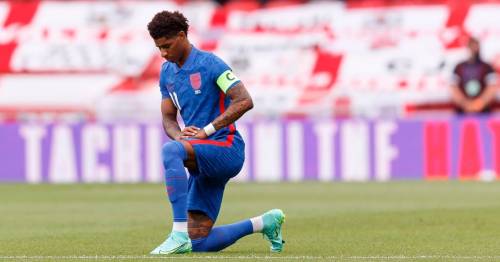 Three Lions stars kick off their Euro2020 campaign on Sunday at Wembley against Croatia.

But they face attacks from Tory ministers over their decision to perform the racial injustice gesture before kick off.

No10 this week refused to condemn fans who have booed players, including striker Marcus Rashford, kneeling.

And Education Minister Gillian Keegan last night claimed the gesture was “divisive” – even suggested the fans who booed them want to end racism. 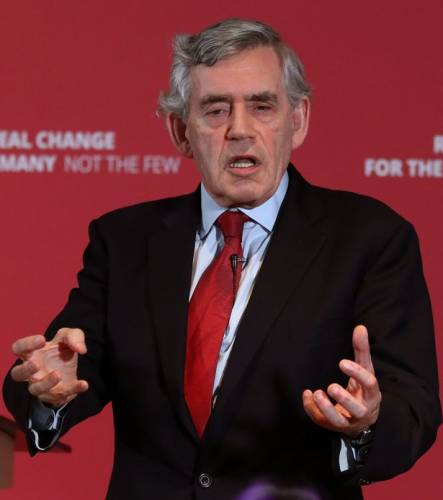 Mr Brown said: “It's very important we support the footballers who have made this difficult decision"
(Image: PA)

Former Prime Minister Mr Brown said: “It's very important we support the footballers who have made this difficult decision, because they have had to agree amongst themselves about what to do.

“I don't think it was right for Downing Street not to support Marcus Rashford.

“I think Marcus Rashford has stood out for some really good causes over the last year, but he's also standing up for far better race relations, community relations in this country. 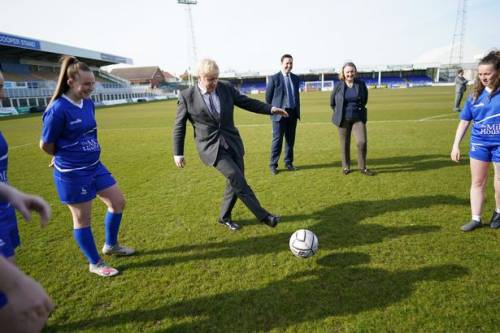 “I think we should support the team when it does this and I hope the crowds who are at the football matches will actually acknowledge doing something that is very important, that they're bringing the whole country together.

“I would like Boris Johnson to come out publicly to support the England football team in what they do.

“I do think it would be very bad for Britain if these culture wars started to develop, where people seized on one instance of someone doing something and tried to make it a big issue that divided the public rather than united the public.”

He said: “The symbolism of reminding the world of how painful it is to be subjected to the racism MR has been subjected to… I absolutely back.

“If you then extrapolate to a Black Lives Matter movement that has a political agenda, that’s a different place.”