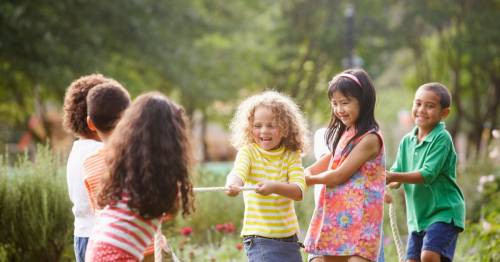 Does a mum allowing her child to play in the garden at what some think is the early hour of 8.30am make her the “neighbour from hell”.

That’s what parents on popular website Mumsnet have been debating.

“The tiny terrorist is on one this morning and I said to my partner it’s fine we can get him out in the garden in 20 mins or so to burn off the excess energy,” she explained.

“He looked at me like I had two heads and told me anything before 10 or 10.30 on a weekend was unacceptable and would make us those neighbours… am I accidentally the neighbour from hell?”

Many on the busy internet forum were on her partner’s side, with one admitting: “If you were my neighbour I’d be sticking pins into a miniature sized doll of you.”

But another advised: “As soon as he’s had his breakfast let him loose” – and I couldn’t agree more. For mums of young children, 8.30am is the middle of the day.

I have an early bird friend who has been to the park for a stroll and back with her two toddlers by that time. Another pal’s three year old wakes up at 6am and begs to go outside “NOW Mummy”.

My own child woke up at 5am every morning for a long, long year. By 8.30am we’d had breakfast, been back to bed for another snooze, had a play in the garden and were on our way to the coffee shop.

As a former night owl I struggled with these early starts which might explain why I’m convinced any outdoor play after 8am is perfectly fine.

Thinking back to my days when I enjoyed a massive lie in on a Saturday or Sunday, I could sleep through anything.

And besides, in my city suburb the sound of a lawnmower, power drill, yapping dog or excited youngster after 8am is common at the weekend. Our street What’s App group has no complaints and they don’t usually hold back.

Outside play helps children develop physical fitness, agility and stamina, not to mention agility, coordination and strength. It’s a very necessary counter to watching Peppa Pig and eating rice cakes by the dozen.

Being a good neighbour is important too. Balls shouldn’t be thrown over the fence every five minutes, screaming or shrieking should be thoroughly discouraged and trampolines need to be banned up and down the land (I’m only half joking on the last one).

But please, give mums and dads a break and let the children play.