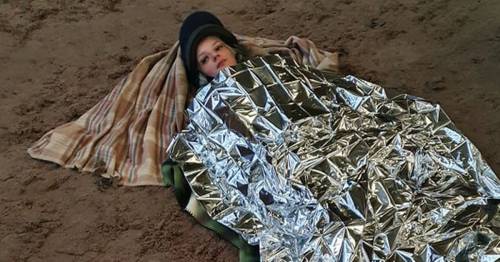 Girl, 16, left ‘in agony’ after waiting 9 hours for ambulance when she fell from horse

A teenager who was in "agony" after falling off a horse was left lying on the ground for nine hours waiting for an ambulance to arrive.

Amy Wells, 16, from Wales, was left with intense pain after coming off her horse during a course at around 10am on September 8.

Staff at Coleg Gwent's Equestrian Centre in Usk found her lying on the ground and called the ambulance, but no one arrived to her rescue till nine hours later, mum Helen Knowles claims.

"It's not okay. She's still a child and she needed help. I don't blame the ambulance services themselves – I know they're stretched," WalesOnline reports her saying.

She described how the ambulance was called "more than 10 times" for an update or to know if there was even one on the way but never got any real response.

Recollecting the ordeal, Mrs Knowles, from Caldicot, said she had been called by staff at the equestrian centre telling her Amy had fallen off her horse and was hurt.

"I said to them I was on my way so my husband Andy and I made our way there to find her on the floor of the arena.

"The arena had only been watered the night before because you have to do that for the horses' joints.

What are your thoughts on this? Let us know in the comments below

She was found on the floor
(

Amy Wells, 16, from Wales, was left with intense pain
(

"From what I can gather the horse just got a bit excited and took off and she 'came out the side door' as she'd say.

"She's not new to that, she's come off quite a few times, but she just couldn't save the fall."

Mrs Knowles said Amy landed on her left side and tried to get back up but was unable to so the college laid her down on the floor to keep her in the same position and called an ambulance.

Mrs Knowles said her heart had "sunk when [she] got the phone call."

"Amy is such a capable rider that I knew if she doesn't get back up she's hurt. I knew I had to get to my daughter quick."

When she arrived Mrs Knowles said her daughter told her she was "in agony".

"I asked if there was a number I could ring to see when there's a possibility of an ambulance.

"I just wanted to know that somebody was coming. They actually said they had no contact to the ambulances or to see if anybody was on their way.

"It was absolutely awful. My husband was that desperate that he went down onto the main road. There were ambulances and police cars passing and he was ready to jump out in front of somebody just to get her help.

"He was just desperate – he knew how much pain she was in.

"I asked and asked and they said they'd try and get somebody there as soon as they can but they just didn't have anybody. Not even a first aid car.

"My daughter is so tiny and I just wanted to get a board from somewhere, scoop her up, put her in our truck, and get her to a hospital.

"It was very heart-wrenching. I was numb. I just can't describe the heartache of seeing your child in that position."

Mrs Knowles said an ambulance eventually arrived at around 7pm – around nine hours after services had been called.

She said the ambulance workers were "amazing" and claimed even they were "shocked" at the length of the wait.

Amy was taken to University Hospital of Wales in Cardiff where scans showed she had sustained bruising to her back, elbow, and shoulder and a slight laceration to her spleen.

Initially she was told she may require surgery but eventually was told it wouldn't be necessary. However she is now unable to do any strenuous activity, including horse riding, for at least four months.

Mrs Knowles said Coleg Gwent were "outstanding all the way through" and that staff did "everything they could" following the incident to keep her warm and comfortable.

"But she said more resources were needed in health services so that nobody had to wait so long for an ambulance in the future.

"It's not okay. She's still a child and she needed help. I don't blame the ambulance services themselves – I know they're stretched.

"But why are people waiting this long? Why haven't they put in extra resources to try and fix this problem?

"It just doesn't make sense. I don't want this to happen to any other child. I know people are ill every day but I think they need to look into the situation if the NHS are struggling that badly. I will be putting in a formal complaint."

Alison Woodyatt, Welsh Ambulance Service locality manager for north Aneurin Bevan, said: "At the time of this incident we were in a period of very high demand and faced with several ‘red’ calls (our highest priority) combined with resources being delayed in handing patients over to hospitals in the area."