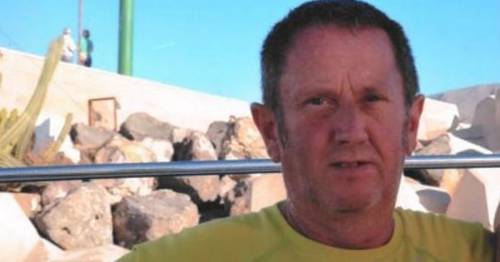 A man who died during a night out with his wife to celebrate her birthday has been described as gentle, hardworking and loyal.

Kevin Wood, 60, was attacked after becoming caught up in a disturbance in Manchester city centre on Saturday evening.

Police rushed to the scene following reports of a fight outside on Dantzic Street, near the popular Printworks venue, shortly after 8pm, according to a statement from Greater Manchester Police

Around 10 people were reported to have been involved in the brawl.

Mr Wood, who was a passer-by at the time and not involved in the initial disturbance, was assaulted and died at the scene.

It's believed Mr Wood, from Middleton, Greater Manchester, may have been trying to act as a "peacemaker" at the time.

The fight reportedly happened outside a bar in Dantzic Street, near the popular Printworks venue

His family said in a statement: "We are struggling to put into words just how special Kevin – known as 'Woody' to his friends – was and how much he meant to all who knew him.

"He was extremely hard-working, proud and loyal to his family. He was a soft natured and gentle man who always thought of others.

"Kevin was a loving husband, best friend and soulmate to his wife. Dad to his only daughter, stepdad, grandad, brother and uncle who was just out celebrating his wife's birthday. He will be deeply missed.

"We, as a family, are devastated at his loss.

"We would respectfully ask for privacy at this time to allow us to grieve and come to terms with this devastating incident."

Callum Crosbie, 21, of Coleridge Close, Newcastle, has been charged with Mr Wood's murder.

He appeared before magistrates on Monday and is due to appear at Manchester Crown Court on Wednesday.

Othertributes have also been paid to "hard-working" Mr Wood, who was a bricklayer.

"I didn't know him that well but I know he was a brick-layer.

"He worked very hard and worked all over the North West."

Previous : Wednesday horse racing tips and Nap from Newsboy for Hereford, Kempton and Wetherby
Next : ‘Overbred’ dog rescued from illegal puppy farm has to have life-saving operation