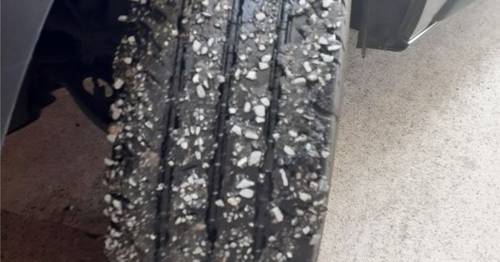 Residents have complained that freshly-laid tarmac has melted under the scorching heatwave temperatures and slammed Stoke on Trent Council for letting the work go ahead.

The council had said it is aware of the problem – and has blamed it on the 'exceptionally hot weather '.

Local Mandy Hankey shared a video on social media of black, sticky tarmac dripping from her son's car tyre after the vehicle had been driven along the road she has lived on for 30 years.

Mandy told Stoke on Trent Live: "Our tyres have been the same, but my son's were absolutely dripping – it's unbelievable. And when my daughter came down when she went to drive off she had to stop around the corner because she was worried she had a puncture.

"But it wasn't a puncture, it was the bulk of the tarmac under the car. She's only young and she was frightened because she thought the power steering had gone.

"It seems like such a waste of money as it will need constantly fixing or doing again. 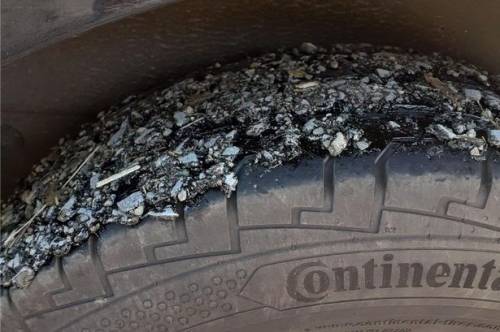 Tyres have been ruined by the melting road surface
(Image: cornwalllive.com)

"The roads did need doing. We've been here 30 years and it's the first time they've resurfaced them. It's a lovely road and we all keep our houses nice, so it's nice to have a nice road too."

Mandy added: "You are driving on the tarmac which then comes onto your drive and into the house.

"I've had to pick a few bits out of my carpet in the hallway. You daren't come inside without checking your shoes."

Husband Mark added: "The tarmac is either going to keep melting as the weather gets warmer, or as we have rain and move more into autumn and winter, it's just going to break up.

"It doesn't seem to be holding to the surface. They must have used this same process before somewhere else, we can't have been the first ones, so I don't know what has happened. I don't really understand why it's not holding."

Neighbour Elita Unyolo found her Converse shoes covered in tar after walking in the road on Sunday. 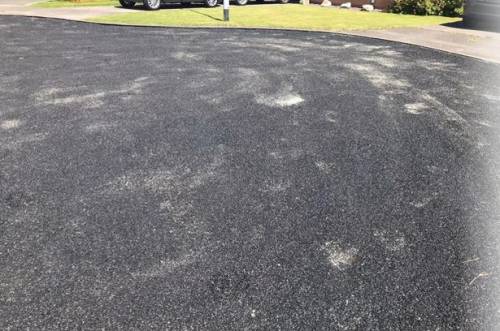 Tyres have been ruined by the melting road surface
(Image: https://www.stokesentinel.co.uk/)

The 30-year-old said: "My Converse were coated in the tarmac. It was like a layer all along the bottom of the shoe. Luckily I got most of it off.

"When it gets onto your tyres it makes it sound like your tyres have gone flat when you're driving on it.

"We've got a cat and we do worry about him going onto the road and getting it stuck in his paws.

"We are all absolutely horrified with it – it needs to all come up and be done again."

He called for the works to be suspended over the weekend.

Neighbour Julie Breese said: "It's not good at all. They may as well have left it how it was before. We're having to check our tyres every time we go out just in case the tarmac has stuck like it has for other people."

The council agreed to suspend the works.

A council spokesman said: "We are aware of the residents' concerns and are working closely with the contractor to address the issues.

"The exceptionally hot weather has unfortunately resulted in some materials not setting as they should have done, which we think will account for the majority of these problems."

Previous : Hedgehog dies after being ‘stomped’ into drain in barbaric attack caught on CCTV
Next : Inside Channel migrant crisis as hundreds arrive on British shores during heatwave