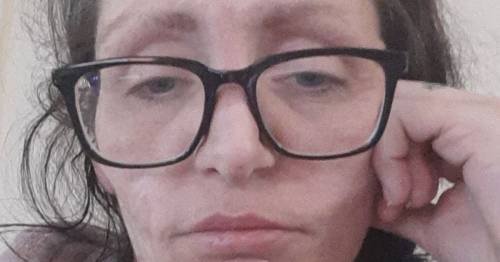 A mum has slammed a council who gave her 'two days notice' to leave her home after the problem-riddled property started giving her family electric shocks from the taps.

Carla Traynor, moved into the three bedroom semi-detached house in Manchester in April but has been plagued by problems.

But the mum of three claims that after reporting the issues to the council, her family were forced out of their home on Monday just two days after they had been told to vacate by a housing officer on Friday, June 10.

Carla told the Manchester Evening News she faced becoming homeless when her landlord decided to sell up in the early months of the pandemic, and the council stepped in to find a temporary home for her family.

But numerous problems with the boiler in their council house, meant the family-of-four could not have the hot water running while the heating was on — as water would be pumped out onto the flat kitchen roof.

The mum said the boiler was replaced in November 2021 but that the 'fix' only created more problems.

She said: “In January, the hallway ceiling was dripping badly and water was coming through, because of the bathroom. The pipes under the bath were leaking.

“They sent someone round to put my piping in, in January. Ever since, there has been a leak in the kitchen. We have got a leak which is giving us electric shocks from the tap.”

Carla claimed an electrician measured the current coming through the tap at 83 volts — with electricity also interfering with the outside tap on the other side of the wall.

The problems are so severe that the council has said the house needs re-wiring and Carla's family need to temporarily leave while the work is carried out.

But the mum slammed the council for the short notice she was given to move her belongings and claimed the house they have been relocated to is too small for their needs.

Damp on the walls from the various leaks in the property
(

She said: “On Friday, they said I had to vacate on the day or by 10am on Monday (June 13). Where am I supposed to put all the stuff? How are they charging the same rent? That [new house] is a two-bedroom terrace, and this is a three-bedroom semi. This place does not have a garden. Where am I going to put my daughters’ trampoline?

“They’re not stating it's a dangerous property, they are just saying I am moving. Why are they not letting us take what we need with us and come back to get my other stuff later?”

The mum of three also has concerns about her youngest daughter Mia, 8, who could have to move school if the family relocates from Crumpsall to Newton Heath.

Since her move, Carla also says that she has been told she will need to rehome her pets — an emotional support dog for her son and two cats — despite the authorities knowing about them at the previous address.

In response, a Manchester City Council spokesperson said: "Ms Traynor reported issues with the electrics in the kitchen to her accommodation provider on June 6.

“Ms Traynor needed to move out of the property so that the extensive rewiring job could be done.

"Unfortunately, there was not an alternative property available in her preferred area, so a new temporary property was found which fitted her family needs.

"As it is more than three miles from her daughter's current school, she is eligible for free school transport. We are aware that she wants to move back into the property, and this will be arranged if possible.

"We understand that this will be a really stressful time for Ms Traynor and we are keen to ensure she has the support she needs as the issues in the property are addressed.

"The accommodation provider has provided help to move most of her belongings and we understand that she needs a bit more time to remove the outstanding items.

"We have made her aware that they will need to be removed as soon as possible so that the property owner can access the property and complete the necessary repairs.

"Unfortunately, pets are not allowed in temporary accommodation, and this will have been explained to Ms Traynor as part of her original tenancy agreement.

"The exception is for medical assistance animals for which certification from the training organisation is required."