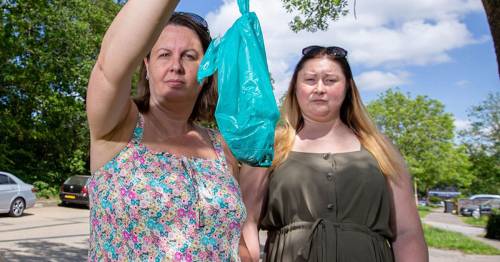 An ice block containing frozen poo "could've killed someone" when it crashed on a residential street.

Shocked neighbours in an area of Waterlooville, Hampshire, said they were convinced there had been a road crash of some sort due to the force with which the block landed.

The bizarre event is believed to have come from a leak in the water system on an aircraft.

According to the Civil Aviation Authority (CAA), it can occur some ten times a year and is thought to be due to a meteorological phenomena.

Pals Lisa Boyd and Louise Browne, who live near where they icy waste substance crashed, darted outside their homes at 10:30pm on Monday to find what they say could have been a fatal turd.

What do you make of this bizarre phenomena? Let us know in the comments section below. 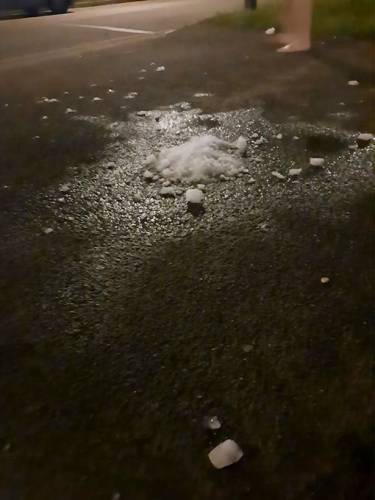 The ice block with the frozen waste could've been a fatal turd when it crashed
(Image: Louise Browne/The News/Solent)

Lisa told The Portsmouth News: "I thought someone had crashed their scooter outside, there was a big whirring noise and huge thud so I looked out the window and there was just this lump of ice on the floor.

"We were just thankful no one was walking past and nobody got hit by it because it could've killed someone or it could've landed on next door's car and crushed their bonnet."

Neighbour Louise Browne, who has a four-year-old son, commented: "We just getting into bed and we thought someone was chucking gravel stones at our window.

"I would say it was about half a metre square – it was big. 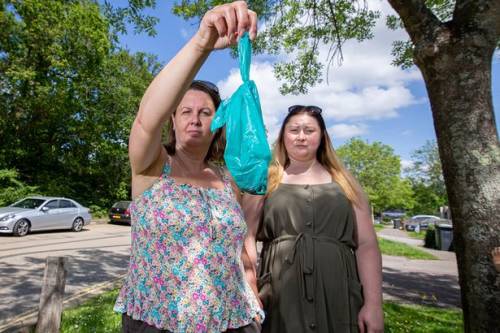 The poo 'fell from the sky out of nowhere', shocked residents said
(Image: Portsmouth News/Solent News)

"My husband says it must have come from a plane – it just fell from the sky out of nowhere."

It is a theory backed up by the Civil Aviation Authority (CAA), The News reports.

Lisa added: "This morning, where the ice had melted, there were faeces on the path.

"I bagged it up because it was slap bang in the middle of the footpath." 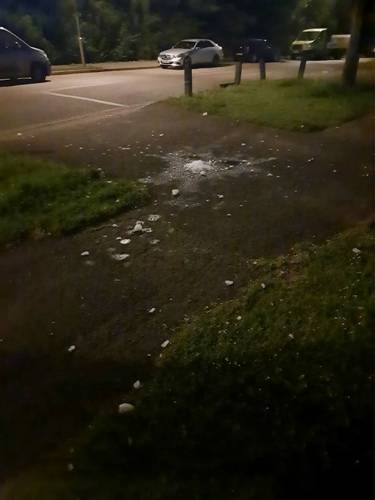 The event is believed to have been due to a meteorological phenomena that caused a leak in a plane's water system
(Image: Louise Browne/The News/Solent)

The pair said the incident could have caused an incredibly unlucky injury.

According to the CAA, all aircraft holds onto all passenger waste until landing when specialist vehicles remove it for the next flight.

Clear ice suggests it fell from an external servicing point as a result of a leak to the water system.

A spokesperson for the authority, said: "Ice falls from aircraft are considered to be rare in UK airspace, and can be a result of meteorological phenomena.

"We receive around 10 reports of ice falls per year and while we are unable to investigate the origin of an ice fall, we do record reports of this nature."

The CAA added that it has no liability for damage which may be caused by an ice fall.