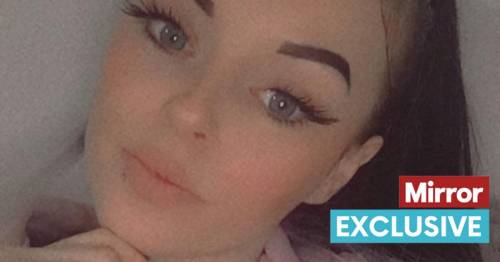 Friend of woman, 27, stabbed to death in emotional tribute to pal with ‘heart of gold’

The childhood pal of a woman who "had a heart of gold" say her family are "broken beyond words" after she was found stabbed to death.

Shannon Stanley, 27, died after being found with multiple stab wounds at a flat in Small Heath, Birmingham, early Tuesday morning.

Pals have spoken of their heartbreak at the loss of the "lovely" woman who "had a heart of gold".

Tara Elizabeth, 29, told The Mirror she started a GoFundMe to help raise funds so Shannon's brother could give her a proper send-off.

Tara, from Swindon, said: "I believe he is broken beyond words. I believe this is a huge loss, he is so devastated."

Shannon Stanley, 27, died after being found with multiple stab wounds at a flat in Small Heath, Birmingham
(

She added: "He is a very young guy himself who I don't think should be taking on these roles at our age. I want to be supportive and to make sure he can have a brilliant farewell journey for this sister."

Tara said she's known Shannon since she was about eight years old and they both grew up together in the close-knit community of Pinehurst, Swindon in Wiltshire.

Remembering her childhood friend, Tara said: "Shannon used to live around the corner and that is how we got to be friends from a very young age from about eight onwards.

Shannon's pals have described her as having a 'heart of gold'
(

"We were really good friends we used to go on our BMX bikes and she would stand on my pegs. We had funny moments – we used to be little buggers."

Tara said she last spoke to Shannon about a month ago.

She said: "As we grew older and I lived in a different area we were always mates. We had plans to meet up for lunch."

Shannon was described as a 'lovely girl' by childhood pals
(

Tara also Shannon spoke to her about wanting to be happy.

She said: "She was a lovely girl, she didn't have much, she was just lovely and appreciated everything. She had a heart of gold.

"And she really did deserve happiness."

Police outside the flat in Small Heath, Birmingham on Tuesday
(

There has been an outpour of grief from the community the two friends grew up in.

Tara said: "She was a massive part of all of our lives – Pinehurst is a very close community and we all know each other – it is a massive loss for all of us.

"She was a lovely girl she left her mark on this earth on everyone. It's been so touching because she was so loved.

"She really was so loved and it's times like this that are the saddest that you realise someone was so loved.

Police have charged a 27-year-old man with murder
(

"I had her headteacher message me from her old school saying they were all devastated."

Emergency services rushed to the flat in Small Heath at about 12.30am but she sadly died at the scene.

Pablo Hoad, 27, was arrested at around 1am on Tuesday morning and he has now been charged with murder.

He remains in police custody and is set to appear at Birmingham Magistrates’ Court today.

A tribute from the family released by police reads: "Shannon was a much-loved daughter, sister, niece and cousin. She had many friends that also loved her dearly.

“She will be missed by us all and we ask as a family that we are allowed to grieve privately at this sad time."

A WMAS spokeswoman said: “Upon arrival, we found a woman. She was assessed and had sustained life-threatening injuries.

"She received advanced trauma care from ambulance staff. Unfortunately, it became clear that nothing more could be done to save her and she was confirmed deceased."

West Midlands Police added: “Anyone who has not yet spoken to us, but has information, is asked to contact us via Live Chat on our website or call 101 quoting log 78 of 10 May.”