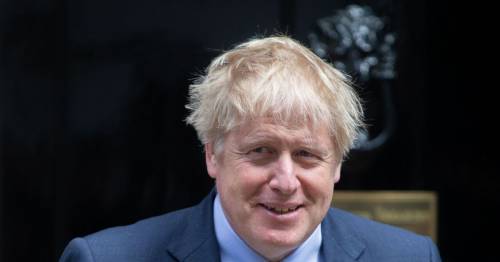 There were fresh calls for the Prime Minister to quit after the Conservatives dropped 320 seats and relinquished control of 10 English councils.

But it lost control of Hull to the Liberal Democrats, surrendered two seats each to the Tories and Greens in Amber Valley, Derbys, and one each to the same parties in Nuneaton & Bedworth, Warks.

The Lib Dems also had good results, taking control of Woking in Surrey and Gosport, Hants, from the Conservatives.

The London defeats cast a shadow over isolated Tory successes.

Wandsworth council leader Ravi Govindia said that while local voters were generally happy with services, “other events have clouded the judgement of people… consistently on the doorstep the issue of Boris Johnson was raised”.

Angry councillors outside London also blamed the PM for defeats. Carlisle City Council leader John Mallinson fumed: “It is not just Partygate, there is the integrity issue.

“Basically, I just don’t feel people have the confidence that the Prime Minister can be relied upon to tell the truth.”

Veteran Tory MP Sir Roger Gale said the time had come for the PM to go, adding: “This movement has got a life of its own now. It may become an unstoppable tide.” Senior backbencher Tobias Ellwood added: “Trust has been breached with the British people and it is the duty of every single Conservative MP to make that assessment and act accordingly”.

When asked about fellow Tories downplaying losses, he said: “We are haemorrhaging support in parts of the country… there’s some serious issues going on.”

Sky said results suggested the Tories would be the biggest party in a hung Parliament at the next election, while the BBC forecast a vote share of 35% for Labour to 30% for the Conservatives.

Polling guru Prof John Curtice said: “There is so far very little evidence of the Labour Party making particularly significant advances in the so-called Red Wall – i.e, pro-Leave parts of the country in the Midlands and the North.”

But Mayor of London, Sadiq Khan, tonight insisted: “The route for us [Labour] to get to 10 Downing Street is through London.”

Hailing results in the capital and further afield, Mr Starmer said: “This is a big turning point for us.

“We’ve changed Labour and now we’re seeing the results of that.”

Meanwhile, the Lib Dems continued their assault on the Tories, gaining 182 councillors and three councils.

Leader Sir Ed Davey said: “We’re making big gains from the Conservatives, gains that I think we can turn into seats in the next election.

“People are turning to the Liberal Democrats for an alternative party.”