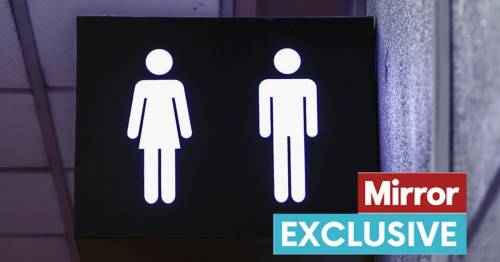 Many Brits are being forced to spend a penny as councils scrap free public toilets and insist we pay to use the loo.

Not only this, but free public toilets are closing quickly – discriminating against many people that rely on them to leave the house.

This means poorer families, the elderly, pregnant, menstruating and those with conditions like irritable bowel syndrome can feel barred from public life and prisoners in their own homes.

The scandal has been dubbed "appalling" by the British Toilet Association (BTA), which says public toilets are in “crisis” and rapidly vanishing.

For example, Blackpool Council has 15 toilets charging a fee to use, but no free ones – for a city of 138,000 people.

Likewise City of York Council has nine fee-charging loos but none that are free, according to a Freedom of Information request by The Mirror.

That works out at one public toilet per 23,000 people.

A spokesperson for Blackpool Council said: "Based on feedback the vast majority of users of our facilities would prefer to pay to use the toilets as they are managed and maintained to better standards.

"The income from these small charges is also used to reinvest in developing newer, accessible facilities and updating and refurbishing existing units."

Welwyn Hatfield, with 122,000 people, has two council-run public toilets that charge, but no free ones.

People in Salford and Slough are really out of luck if they need the toilet in town, as both councils have none of any kind – free or paid-for.

The situation is slightly better in regions such as Selby, with 89,100 residents, as it has one free public toilet – but still three that demand a fee.

A spokesperson for Selby District Council said: "Overall, we have four public toilets within the Selby district.

"Three of these are paid-for toilets which charge 20p and are available 24/7. The charge for the public toilets has been the same since 2005."

The big problem is that councils do not have to provide public toilets by law, and get no government cash to supply them either.

It can cost councils £21,000 a year to run just one block of public toilets
(

Most councils do still provide free public loos, and do not charge for any.

But government cut-backs to council funding since 2011 has meant an overall decline in free public conveniences.

City of York Council corporate director of place Neil Ferris said: “With unprecedented financial pressures on our council services it’s no surprise that many other local authorities are closing their public toilets, however we are committed to keeping them open."

Some councils say free loos attract vandalism and anti-social behaviour, and even a small fee prevents this
(

Not only that, but many free toilets become hubs for anti-social behaviour. For example, Leicester City Council had to close two toilets last year due to police orders over this.

This has also been the problem for Slough.

A spokesman for Slough Borough Council said: “Unfortunately, public toilets were closed a number of years ago due to a series of anti-social behaviour incidents and frequent, and significant, repairs and maintenance problems."

To help ease the problem, many councils now don't provide free toilets themselves but instead rely on the community toilet scheme.

This means councils pay places like pubs and restaurants to let the public use their loos.

An example is the City of London , which rules over the capital's financial district, the 'square mile'.

The council has two fee-charging public toilets, no free ones – but 75 community toilets.

That sounds great on paper, but these toilets are worse for the public than free ones traditionally provided by councils.

Martyn James, of consumer champions Resolver, said: "Many people tell me that they’ve been treated rudely in shops and bars when asking to use their loos – and because most council facilities have been dramatically cut back, that effectively confines a significant percentage of the population to their homes rather than risking being caught short."

Councils have websites advertising which retailers are taking part, but often the venues themselves take council cash but don't flag up that people can use their loos.

Second, these toilets are often in bars and restaurants. Anyone caught short has to hope they are near a participating venue during its opening hours.

In the City of London, for example, almost all bars and restaurants shut on the weekends.

Finally, using 'public' toilets located in a busy bar or restaurant feels intimidating to many.

A spokesperson for the City of London Corporation defended its community toilets, and said: "They can be easily found on through our website and participating organisations have a sticker in their window to show they are part of the scheme. This innovative work means the City offers a large, free, toilet provision in the Square Mile.”

Raymond Martin, managing director of the BTA, said: "As a species we need public toilets. If councils want people to come, dwell and spend their money, public toilets are an absolute essential for that.

"Government spend nothing on local council sanitation and hygiene – this needs to change."

How to find a free public toilet

As well as checking the website of your local council, the Great British Toilet Map and Loocations websites are helpful resources to find loos when you're out and about.

The euphemism 'spend a penny' date back to the 1850s, when public toilets in London commonly charged 1p per use.

Welwyn Hatfield, York and Salford councils have been approached for comment.

Previous : A Kentucky Painter’s Travels in Queer Time
Next : Little-known way to get council tax debt wiped off explained by expert