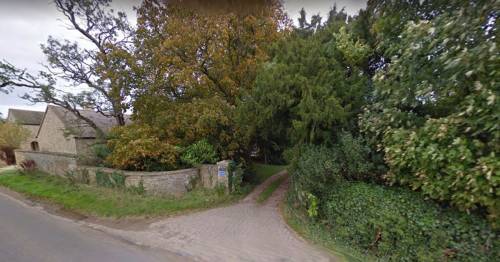 A mother-of-four, who invented a baby and told friends had died during birth, continued with the charade burying an empty urn in a graveyard for a make-believe funeral attended by mourners.

The bizarre story of the baby that never was, was told to a judge today when 39-year-old Laura Johnson admitted charges of fraud and dishonestly obtaining services.

The prosecutor told the judge that despite booking the funeral plot, buying an urn for the ashes and staging a funeral, there was no baby.

Mr Recorder Bate-Williams, sitting at Oxford Crown Court, heard that Johnson had contacted the Fairspear Natural Burial Ground by email claiming it would be a beautiful place to bury her daughter Hope, who she said had been stillborn days earlier.

The court heard that on July 21, 2018, Helen Pearson, the owner of the burial ground near Witney, Oxfordshire, had agreed to let the 39-year-old bury her daughter at the site.

She had also offered to help her find an urn for Hope's ashes.

Prosecutor Alex Bull said: "Johnson told Ms Pearson that the John Radcliffe Hospital in Oxford was doing the cremation, something that Ms Pearson had not heard of before.

"There was no baby. Johnson claimed Hope had been born at 24 weeks and so she did not need a death certificate.

“Ms Pearson met Johnson at her home address and they chose a golden acorn urn which was £150 for the urn and £50 for the plot.

"Johnson came to the burial ground on August 3, 2018, to bury the urn. She went there with a man and a teenage girl. She put a large floral arrangement on the grave."

During the sentencing hearing, the prosecutor revealed that Johnson had never paid for the grave and when she was chased for payment she offered numerous excuses, including that Hope's father had left her.

Mr Recorder Bate-Williams was also told that at the same time Johnson had posted on Facebook that she had wanted to get some work done to her garden.

Landscape gardener Sean Kibble reached out to her and after meeting her at her home in Witney, the court heard that Johnson agreed to extensive works that would cost £2,135.

Ms Bull explained what happened next, saying: "On July 27, 2018, Johnson told Mr Kibble that her baby girl had been born sleeping and said that she could not pay him as she had to pay for the baby girl's funeral.

"Mr Kibble and his partner felt sorry for her so they offered her a payment plan of £533.75 per month and asked for the first payment as soon as possible.

"On August 20 that year, Johnson said she had made the initial payment but it never arrived. Johnson was always asking Mr Kibble to do more work for her and he felt sorry for her so he did it."

The court heard that Mr Kibble completed some extensive work to her house, including work on her gazebo, before realising he was not going to get paid.

On one occasion Johnson told him she had made another payment of £2,500 but, when it never arrived, she claimed that the bank had lost the money.

Ms Bull told the judge that Johnson had done a positive pregnancy test in 2018 but she had bled following this and attended the John Radcliffe Hospital to have this investigated. However, she received no further care.

He revealed that a psychologist's report had stated that these difficulties could have partially contributed to her dishonesty. Johnson also told police that she had genuinely intended to pay for all services she received.

Ending his mitigation, Mr Pearson said: "What this lady needs is support and help."

Sentencing her, Mr Recorder Bate-Williams said: "This behaviour has a considerable impact on those who have gone through genuine tragedies and are treated with suspicion.

“The answer to both these questions is found in the psychiatric report and comes from you suffering mental health problems, for which you have now received treatment."

Johnson was handed a community order for 12 months with the requirement for her to complete 20 days of rehabilitation activity.

The judge additionally ordered her to pay £350 as a contribution towards the prosecution's costs.

Previous : Judge’s reasons for denying Prince Andrew’s attempts to throw out sex abuse case
Next : Man, 71, admits stabbing wife to death while she lay in bed but denies murder