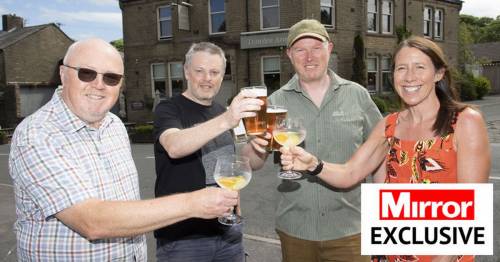 ‘Four days to save our pub’ – as 1 in 5 face closure, regulars fight to buy their local

Nearly a fifth of pubs face closure by August after being devastated by the Covid crisis.

And the Mirror today backs the fight to save one of those at risk, the Trawden Arms in Lancashire.

For 126 years, the Trawden Arms has stood at the heart of a small rural community since it opened as a spot to quench the thirst of mill workers.

Steeped in history, the pub has been a place where ­milestones have been celebrated, locals chat and a laugh and it has acted as a barrier to loneliness for many. 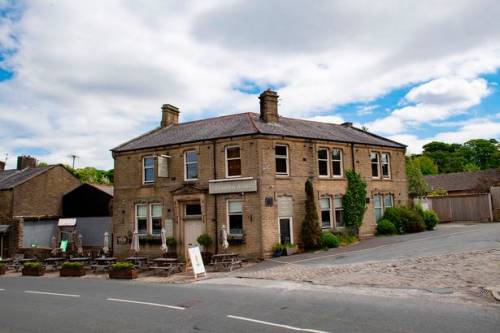 Residents of Trawden near Burnley are raising money to buy their own pub The Trawden Arms
(Image: Daily Mirror/Andy Stenning)

But the treasured boozer is just four days away from closing unless the villagers can raise another £75,000 of the £520,000 needed to buy it as a community asset – after it fell victim to the financial impact of the Covid crisis.

And the Mirror is helping the fight to save the historic Trawden Arms, the last in the Lancashire village it has served since 1895.

They aren’t alone. New Office for National Statistics figures show nearly a fifth of pubs and bars fear they won’t survive until early August after the industry was saddled with around £6billion worth of debt due to the pandemic.

Especially if there is any delay to Boris Johnson ’s pledge to lift all Covid curbs by June 21. 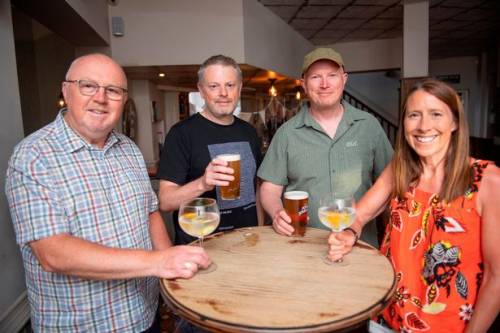 The locals are fighting for their local
(Image: Daily Mirror/Andy Stenning)

Trawden Arms owners Martyn and Sharon Whitaker put the pub up for sale last year as they wanted to spend more time with their children Hettie, 11, and Barney, eight.

But lockdown hit and any chance of selling evaporated.

Martyn, 46, said: “Even when we sell the pub, the debts we have racked up means any dreams of retirement have gone.

"The last thing we want is to see the pub close.

"It is the heart of the ­community. We have seen it all here, christenings, birthdays, weddings and funerals.

“We don’t want to live in a village without a pub.” 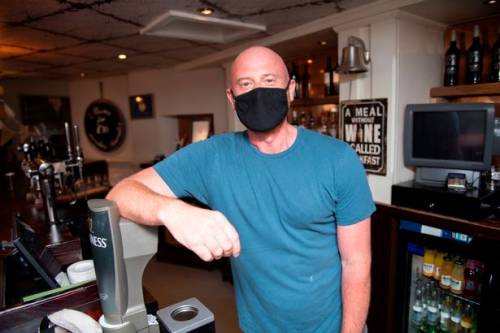 In a bid to stop the pub being bought by big money property developers and turned into flats, like others were in the village, regulars have joined forces to raise the cash to keep it as a community pub.

And they know what they are doing.

The charitable trust has previously taken over the village community centre, library, post office and shop and turned them into a success.

The Trawden Arms was listed as an Asset of Community Value in March 2020 meaning locals would have first chance to snap it up.

But the deadline runs out this weekend and unless they can come up with the cash they risk the chance of a developer swooping in.

They have already raised almost £450,000 through a combination of crowdfunding, investments from locals and grants.

Steve Wilcock, 67, has lived in the village his whole life, and his dad was the local grocer. He is now chair of the group of trustees.

Steve said: “The pub is the heart of the community and it would be a tragedy if it was to close.

"It is a lifeline for many who live alone. It is a place for the community to meet, socialise and catch up.

“My dad would be thrilled that we managed to keep the shop going but he would be so sad if we were to lose the pub.”

Mick Horne, 53, added: “The village doesn’t need much of an excuse to congregate in the pub.

“In 2009, Burnley reached the championship play-off final and there were 80,000 people in Wembley to watch them promoted to the Premiership for the very first time.

"It seemed like about the same number packed into the pub afterwards to celebrate.” 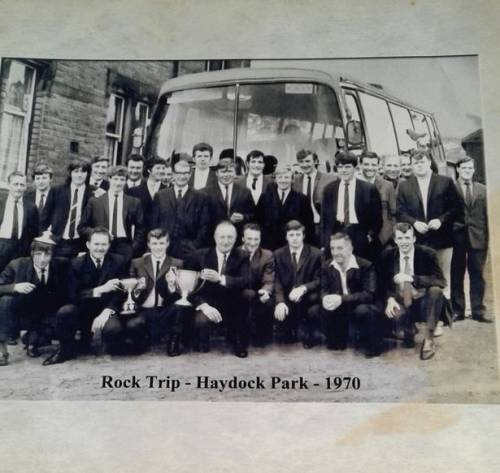 An Archive picture of a day trip to the races from the pub
(Image: Daily Mirror/Andy Stenning)

Resident Molly Ralphson, 47, said: “It isn’t just the community and social aspect of the pub that is important.

“It is the impact on the local economy too. We have lots of B&Bs and holiday cottages around here, anyone booking a holiday wants to have a pub they can walk to.

"If the pub goes, then those business lose out.”

Jack Holland, 28, only moved to Trawden last November – and one of the main reasons was because it had a pub.

He said: “Every village needs a pub and Trawden ticked that box when we were looking to buy. We’d be devastated to see it go.”

Figures in March showed 8,000 bars, pubs and ­restaurants have closed across Britain since December 2019 – that’s around 30 a day. 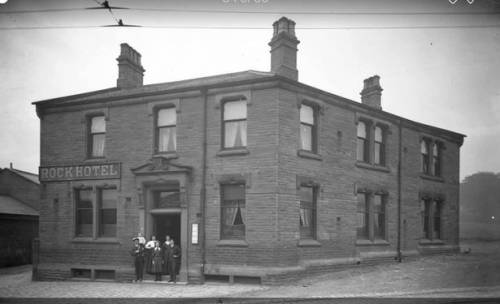 The pub not long after it was built
(Image: Daily Mirror/Andy Stenning)

One in 10 of boozers that have survived the pandemic say they will have to shut if Freedom Day is delayed, 43% said they will carry on trading at a loss and more than a third told the British Institute of Innkeeping they will only continue to break even under current rules.

Three quarters said trade is down 75% compared to the same period in 2019.

As part of the Mirror’s Save Our Pubs campaign, we are getting behind the Trawden Arms’ bid for survival by asking readers to donate to its fund.

If successful in saving it, everyone who donated £20 or over will be entered into a raffle to win prizes, including naming rights to a Blue Plaque behind the bar and a limited edition beer named after them.

When it first opened, the pub, then called the Rock Hotel, hosted regulars coming home from the cotton mills in nearby Nelson and Colne.

It still serves their ancestors, many of whom have lived in the village for generations.

"Some has come through loans and grants, but the majority is from a group of about 300 local residents who do not want to lose the pub. What is a village without a pub?”

Only yesterday, 88-year-old villager Lily Blackburn handed over £150 to the fund after walking a mile each way. 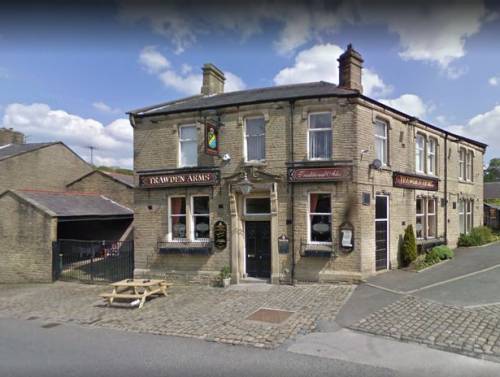 She is also donating proceeds from a book she has written on the village.

If the locals are successful Trawden will become the first village in the country to have a pub, shop, library, community centre and post office under community control.

They have the support of the ­Plunkett Foundation, a charity which helps rural communities to keep their vital businesses running.

Head of policy Chris Cowcher said: “Their plans to provide space for toddler groups, small arts and crafts businesses and using their kitchen to provide meals for their elderly and vulnerable residents is truly inspiring and demonstrates how community pubs offer so much more than a pub.”

There are around 150 community pubs across the UK.

How you can join inn 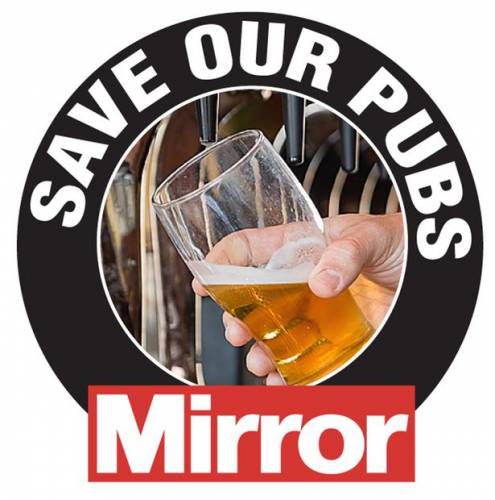 Join the Mirror's Save Our Pubs campaign

Want to help save one special pub? If you would like to donate to the campaign to save the Trawden Arms or invest in the pub please visit https://www.trawdenarmsmorethanapub.com/donations

Previous : Not All Hackers From DarkSide Group Located in Russia, Cybersecurity Firm Says
Next : Amputee dad beaten by knife-wielding thugs as he saved his dog from abduction