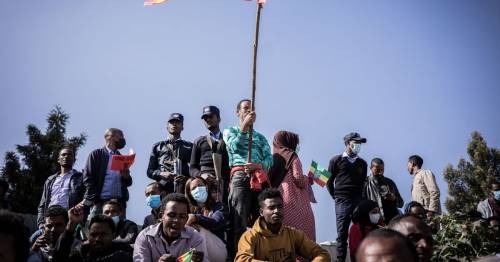 The Foreign Office has urged Brits in Ethiopia to leave now before it is too late.

The year long civil war in the second most populous nation in Africa is showing no signs of slowing down, as the prime minister Abiy Ahmed insisted earlier this week that he will lead the fight "from the battlefront".

Foreign Office officials have been advising Brits to leave the state since November 9.

But the conflict is expected to move into Ethiopia's capital city, Addis Ababa very soon.

Tens of thousands of people have been killed in the war between Ethiopian and allied forces and fighters from the country’s northern Tigray region.

Minister for Africa Vicky Ford said: "In the coming days we may see the fighting move closer to Addis Ababa, which could severely limit options for British Nationals to leave Ethiopia.

“I am urging all British Nationals – whatever their circumstance – to leave immediately, while commercial flights are readily available and Addis Ababa Bole International Airport remains open. Interest free loans are available to help British Nationals to return to the UK who may otherwise struggle to afford flights.

“Those who choose not to leave now should make preparations to shelter in a place of safety over the coming weeks. We cannot guarantee there will be options to leave Ethiopia in the future.”

Calls for Brits to flee come days after France urged its citizens to get out of Ethiopia.

And the UN has ordered the immediate evacuation of family members of international staff, according to reports.

On Monday prime minister Ahmen said: “This is a time when leading a country with martyrdom is needed,” as he announced his plans to join the fight.

In a statement he also claimed the West is trying to defeat Ethiopia, the latest of many claims from his government accusing the international community of meddling.