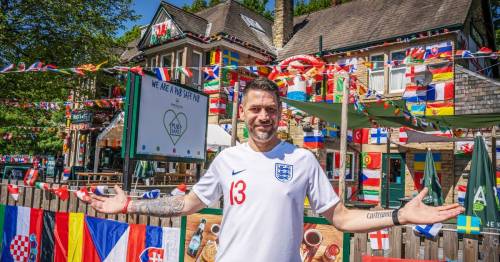 A football-mad pub landlord reckons he has created a Euro 2020 haven after spending 36 hours putting up hundreds of flags.

Big Tree general manager Adam Chamberlain, 43, has been getting in the mood for kick-off on Friday by draping more than 1,000 feet of flags across the boozer.

He says it will all be worth it if England shine again this summer, three years on from their World Cup heroics.

Adam claims to have the best decorated pub in the UK and has spent ages painstakingly pinning up flags from every nation which qualified for the European Championships this summer.

He hopes people come and see it for themselves on Sunday when England face Croatia in the Group D opener. 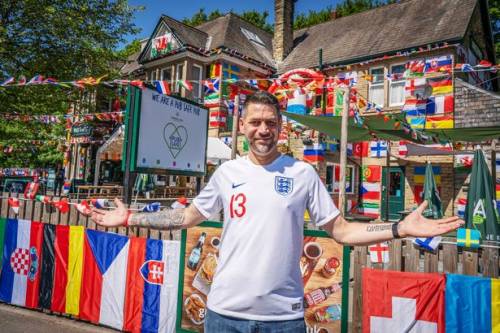 There is also roughly 2,000 feet of buntings and flags to enjoy before they get their pints.

Staff will be wearing England t-shirts during their shifts to show support for the Three Lions – and song are sure to be sung this weekend.

Adam said he is 'buzzing' for this year's tournament and feels like it is one of the best England squads he's seen in his lifetime. 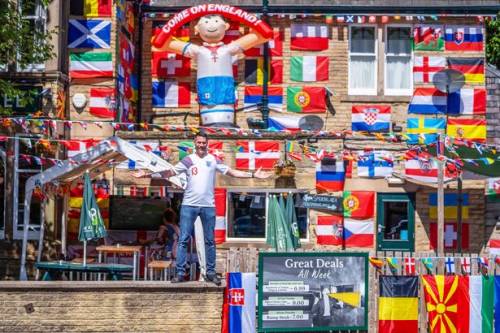 The Greene King pub boasts six 55-inch TVs inside, as well as three 50-inch TVs in the beer garden for supporters to enjoy.

He said: "I'd like to think this is the best-decorated pub in the UK.

"We thought we wanted to do something special for the Euros because it's been quite a tough year and we're all just buzzing for this.

"We wanted to lift spirits and get everyone excited and thought – go big or go home. 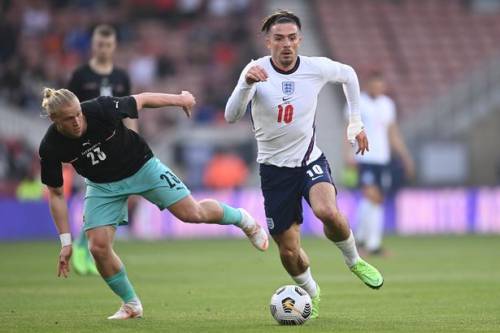 "We spent around 36 hours pinning the flags up, which was quite the effort but it's absolutely worth it looking at it now.

"We're buzzing at the moment, weather has been incredible, and I think this is the best England team of my lifetime.

"I don't want to get ahead of myself, but it's coming home."

Euro 2020 starts on Friday as Italy face Turkey in Rome. 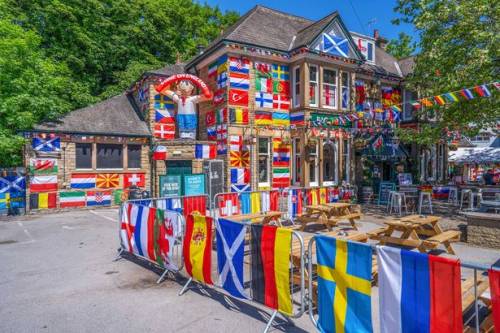 The Sheffield boozer is sure to be bouncing on Sunday
(Image: Tom Maddick / SWNS)

Wales begin their quest for glory against Switzerland on Saturday before Wembley awaits on Sunday afternoon.

England manager Gareth Southgate is expected to resist the urge to play both Jack Grealish and Phil Foden in the opener.

He is almost certain to be without defender Harry Maguire.

Southgate has meanwhile told those fans who plan to boo the taking of the knee to stay at home after some supporters marred warm-up wins over Romania and Austria.