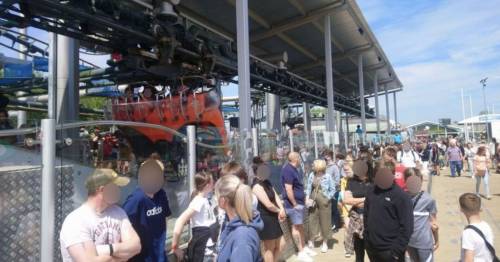 A mum claims her family's holiday to a British theme park was ruined by lax policing of Covid regulations.

Michelle Keeton, 46, had booked a half-term trip to Pickering for her husband, their two children and her mum, who is disabled.

The group had enjoyed trips to the beach and other days out during the week-long holiday, reports ExaminerLive.

But the whole reason they had booked to stay in the North Yorkshire town was so they could visit 'Flamingo Land', they said.

The family try to make the trip every year and sons Ryan, eight, and Jack, seven, were desperate to return in 2021. 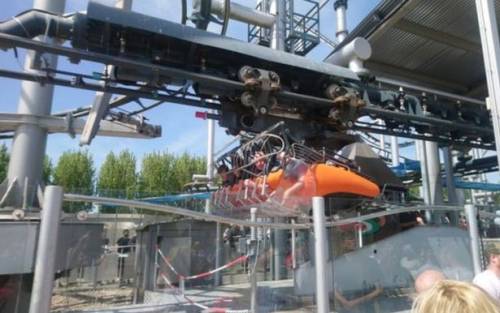 The mum said they tried to beat the half-term rush by arriving early
(Image: Yorkshire Live)

But the visit on June 2 ended up turning into a Covid nightmare, Michelle claims, as they were forced to "barge through" crowds.

"We had such a bad experience I just felt the need to tell people about it," she claims.

"The number of people who were complaining was just unbelievable.

"Especially with Covid, that's what made it so much worse as it was so busy."

Michelle said they had booked tickets for 10am in a bid to beat the half-term rush.

But she claims the park was already heaving with people at that time – with queues already building.

She said: "We booked tickets for dead on 10am and their website says they open at 10am and everyone has to have an allotted arrival, so we thought we'd be one of the first people on the park and would be able to blast through the rides before it got really busy.

"But looking at the queues from 10am just to get through to the place, we thought how is this limited numbers?

"My son was going to get on Velocity [a rollercoaster] but the queue was too big, so he and my husband got in the queue for Hero instead at 10.10am and didn't come out of the queue until 12.30."

Michelle claims it eventually transpired the theme park had opened at 9am for customers staying at the resort, but that she was not told this and did not see it on the website. 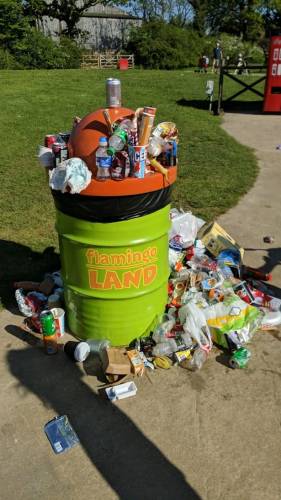 Customers at the park have previously complained about bins overfilling with litter
(Image: Lindsay Roberts)

"If they'd have put a clause on their website telling people this they have covered themselves," Michelle said.

"I'm a marketing and customer service manager so I know what I'm talking about. You don't expect two and a half hour queues for rides at that time."

To make matters worse, Michelle claims there was no Covid-compliance whatsoever – with nobody manning queues to ensure social distancing and no wiping down of rides after each use.

She also claims families with "disabled bands" were permitted to queue for priority entry at the exit of each ride, which meant Michelle and her children were forced to "barge through" crowds "shoulder-to-shoulder".

"Nothing was ever wiped down and I didn't see anyone sanitise anything," Michelle claims. 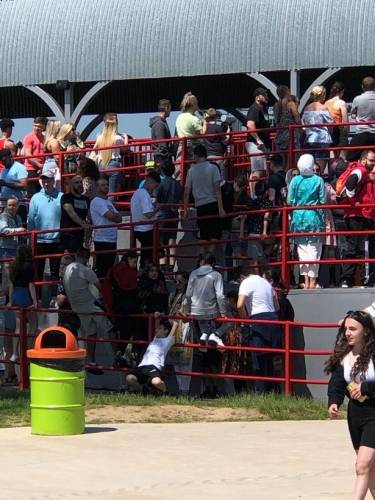 "You can understand why the queues were so long if people were wiping down or sanitising, but at no point did I see anyone with cloths or wiping anything down.

"They put the bars down and you have to touch the bars and they were not doing anything. It was really becoming a bit of a nightmare, I started talking to other people and they were saying the same thing."

Michelle claims it had been so busy bins were full and hand sanitising stations were empty as soon as they arrived and these were not filled up at all during their stay.

Michelle claims: "It wasn't a family day out in any way shape or form, because me and my husband just spent the day on the phone to each other because we were taking the boys on the rides separately to try and beat the queues." 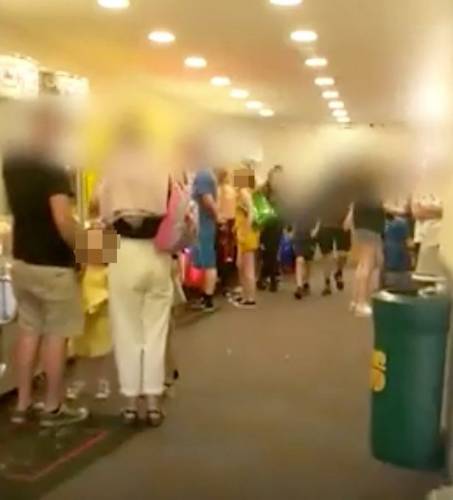 Complaints have also been aired previously about Covid-safety issues, such as queuing
(Image: gazettelive.co.uk)

The trip to Flamingo Land cost Michelle and her husband £135 and she said she was determined to get at least a partial refund, so also had to spend hours queueing for customer service who eventually agreed to refund her.

Michelle claims she has since received an email from Flamingo Landoffering her a free trip back, instead.

She said: "For us to come to Flamingo Land for the day would be a six-hour round trip, that's a lot for my children and also me driving just for one day.

"I feel like in the end they just fobbed us off.

"It's just not fair. I appreciate Covid makes things busy but it's not like they ended up with more people because it was a nice day, everyone had to pre-book so surely they could have staffed it accordingly?"

Flamingo Land has been contacted by the Mirror for comment.