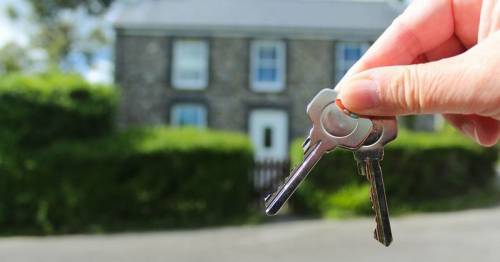 House prices hit a record high last month, but savvy first-time buyers can get on the ladder as cheaply as possible with government help and financial deals.

Rising house prices means first-time buyers need to save for longer to get a deposit.

This is partly because anyone who buys a house before July 1 pays no stamp duty, due to a government holiday on these payments.

Also many consumers saved extra cash during lockdown which is now being spent on house deposits.

This all means house prices could stay high for some time.

Galley added: "These trends, coupled with growing confidence in a more rapid recovery in economic activity if restrictions continue to be eased, are likely to support house prices for some time to come, particularly given the continued shortage of properties for sale.”

But would-be homebuyers can rely on several government initiatives to help, though there are strings attached. 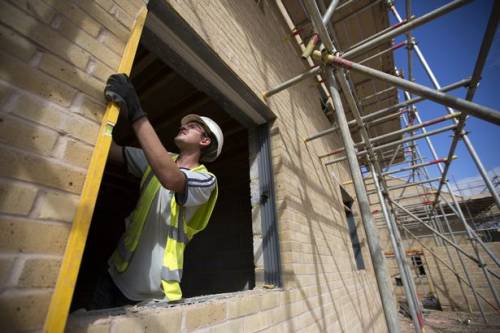 Some of the lowest earning first-time buyers can get 50% off new builds if they buy in the area they live or work in.

This is due to the government's First Homes scheme, which launched last week .

Any discounts are passed on when the property is next sold, so homes will always be disposed of at below market value.

The scheme is for first-time buyers and new builds only, and will last until at least next December.

At the moment it is only available to homes in Bolsover, Derbyshire, but will be rolled out across the country.

Have you got a first-time buyer story to tell? Get in touch: Mirror.Money.Saving@mirror.co.uk

Homebuyers can also get cheap government-backed mortgages under a scheme launched in April.

A 95% mortgage is the quickest way for people with small deposits to buy a house.

These deals mean the buyer pays a deposit of 5% of a house price, then takes out a loan for the rest.

Under the scheme, banks and building societies offer mortgages to borrowers with a 5% deposit with the government acting as the guarantor if the buyer defaults.

This encourages banks to lend again after 95% mortgages dried up during the pandemic.

Lenders signed up to the scheme include Lloyds, Santander, Barclays, HSBC and NatWest.

But, while the scheme is marketed at first-time buyers, it’s not just limited to those hoping to get on the ladder for the first time.

Guarantor mortgages will be available to anyone buying a property costing up to £600,000, unless they are investing in buy-to-let or second homes.

Critics of the scheme say the scheme could have the opposite effect and drive up prices.

With demand for these cut-price homes likely to exceed supply it could mean greater competition.

Last week Tim Bannister, Rightmove’s director of property data, said: “There’s likely to be a scramble for properties under this scheme as they become available, especially as we’ve already seen an influx of first-time buyers enter the market recently, helped by more lower deposit mortgages being available.” 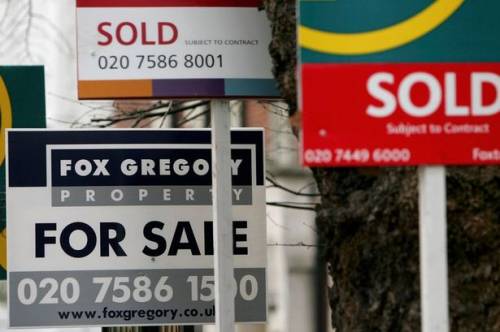 Nationwide is giving first-time buyers a huge boost to help them get on the property ladder
(Image: Getty Images)

Some mortgage lenders have even started to offer 95% home loans outside the government scheme.

Nationwide Building Society did this last month, though it does not lend on new build properties.

However, after a surge in low-deposit mortgages banks seem to be killing them off again, according to financial experts Moneyfacts.

There were 11 two-year fixed rate mortgages at 95% in May, but this almost halved this month – to six.

Those interested in 95% mortgages also have to be sure they can meet the monthly repayments.

The current cheapest two-year fixed deal has a rate of 3.83%, from Skipton Building Society, while the most expensive is Virgin Money at 3.95%.

Banks actually need you to afford a slightly higher rate than this before you can have a mortgage, so they know you can still pay if interest rates go up.

This initiative sees the government lend buyers up to 20% of the cost of a new home, and up to 40% in London.

However, this only applies to new build homes, not older ones, and only first-time buyers can use it.

How much you borrow is limited to 1.5% times the average first-time buyer home in that area, and loans are interest-free for five years.

You will pay an additional 1.75% interest in your sixth year of having the loan. After this, your interest rates will increase based on the Retail Price Index plus 1%.

The cheapest two-year mortgage for a Help to Buy home is 1.39%, from Santander. However this has a £999 fee and is only available through brokers.

After that, fees start at 1.75% and rise every April by the Consumer Prices Index (CPI) level of inflation, plus 2%.

The scheme was relaunched on April 1 and will run until March 2023.

But many experts think Help to Buy actually makes homes more expensive, as sellers hike up prices knowing the buyer is paying less than they otherwise would.

Previous : Woman explains how she transformed her kitchen on a budget with B&Q and Wilko bargains
Next : Lily Allen shows off her stunning hair transformation with tiny new fringe