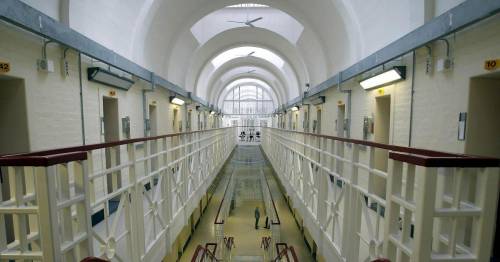 Experts believe enrolling prisons on programmes behind bars is vital to cutting reoffending.

Shadow Justice Minister Ellie Reeves said the Government “cannot be trusted to fix the explosion in prison drug abuse that it has created”.

“The stark reality is that with fewer offenders taking these sorts of programmes, addiction will drive inmates to learn little more than greater criminality.

“The Government must urgently address the addiction crisis that is spiralling out of control and contributing to an endless cycle of reoffending.”

Howard League for Penal Reform director of campaigns Andrew Neilson said: “Successive governments have tried to tackle the scourge of drugs through security measures, but these figures show that impoverished regimes also contribute to problems in our overcrowded and failing prisons.

“Staff time spent monitoring scanners would be better deployed in building relationships and making sure that people not only have access to drug treatment, but are occupied with education, training, work and exercise."

The Forward Trust, which works to help people “break the cycles of addiction or crime to move forward with their lives”, said there was “no doubt that more and sustained support is needed to help people experiencing addiction in prison turn their lives around”.

Policy director Sally Benton added: “Investment in addiction treatment, whether it be drugs, alcohol or gambling in prison, is money well spent with clear impact on reoffending rates and improved safety in prison.

“Reduction in prison addiction treatment over the last decade mirrors that in the community.”

A Prison Service spokeswoman claimed Labour’s “interpretation of the data is false”.

She said: “Reoffending rates are the lowest on record.

“All prisoners on arrival in custody have a full health screen for any substance misuse, as well as wider health issues, and are referred to a full range of high-quality treatment services as needed.”