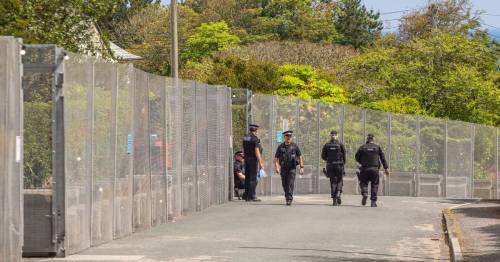 Scores of unvaccinated police officers have been sent G7 summit in Cornwall despite fears over the spread of a new variant, a policing leader has warned.

John Apter, Chair of the Police Federation of England and Wales, said officers feel a "deep sense of betrayal" over the Government's refusal to prioritise front-line workers for the jab.

He said police could become super spreaders – and raised concern about the numbers of unjabbed officers on duty at the meeting of global leaders in the coming days.

Hundreds of British troops are joining about 6,500 police officers and other forces to form a "ring of steel" around Carbis Bay, in one of the biggest and most expensive security operations in British history.

Steel crash barriers to prevent demonstrators have been erected along the main road, with police officers flooding the village.

The Mirror has seen officers from the Met, South Wales Police and British Transport Police supporting their colleagues from the Devon and Cornwall force. 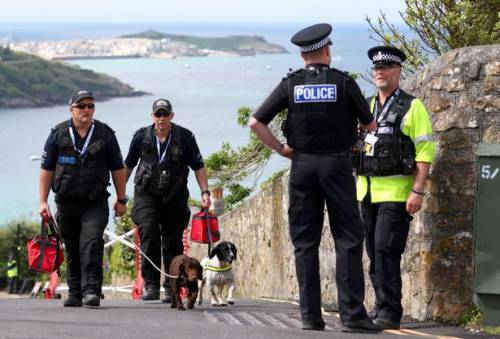 Police officers are seen in front of Carbis Bay Hotel ahead of the G7 summit in Cornwall
(Image: REUTERS)

In a speech to the Police Federation conference, he said: "The Government's warm words became lame actions and the result is that my colleagues do feel a deep sense of betrayal.

"Just this week, we have thousands of colleagues from all over the country coming together to police the G7 summit in Cornwall.

"Police officers from those communities where the Indian variant of the virus is thriving.

"We have young police officers who, by age alone, will not have been vaccinated. How can that be right?"

Delegates watched a video from Devon and Cornwall Police constable, Leanne Gould, who expressed fears about the summit.

She said: "I feel deeply concerned for the amount of people that are travelling down to G7, and the fact that I have not been vaccinated and many others haven't. Especially with the new Indian variant that is spreading.

"When the vaccination rollout was initially confirmed, I thought that police would be prioritised after the most vulnerable like our NHS colleagues on the front line.

"I do feel completely let down by the Government as we've just been left to be exposed to the enormous risk of catching the virus."

Mr Apter said: "She speaks for all of us about how badly let down we do feel.

"This is a failing of Government, and it's a failing that we can never forget."

But the Home Secretary defended the decision to focus the vaccine rollout on older people and the clinically vulnerable, following recommendations from the Joint Committee on Vaccinations and Immunisations (JCVI). 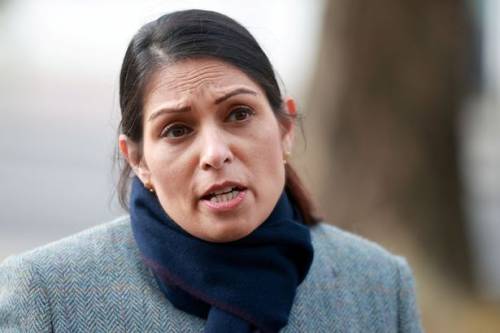 She said: "In addition to maintaining order and fighting crime, police officers have a duty to protect life.

"It means having the courage to make tough decisions about risk day in, day out, and having to account for those decisions.

"The pandemic caused us to have to do the same – not just on the restrictions imposed, but also on the vaccination rollout.

"It meant recognising that to save lives we absolutely had to prioritise the vaccine rollout in line with the overriding risk factors of age and clinical vulnerability. "

Ms Patel also used her speech to back calls for police body cam footage to be published as she warned officers should not face "trial by social media".

She said forces could share more clips online to counter "highly selective and misleading" footage of officers spreading on the internet.