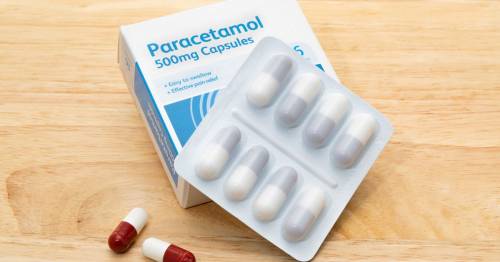 Supplies of over the counter drugs such as paracetamol and ibuprofen have been hit because of shoppers stocking up to fight the Omicron variant.

Shop shelves across the country are missing both painkillers, says the Office for National Statistics (ONS).

Stats show 30% of shops have very limited supplies of paracetamol as people try to fight off the virus at home.

Professor Richard Wilding said: “People are having boosters, which probably means there's going to be an increase in people taking this product, then you've got colds, flus and Covid.

“Supply needs to actually catch up with that and work with that… the new normal for supply chains unfortunately is an awful lot of volatility and challenges with that.

“Products like this are therefore more likely to be disrupted.”

The lack of the drugs was also prominent in the run up to Christmas, with the ONS showing it was also in short supply between December 17 and December 25.

Stock across the country was down by 25%, in terms of availability, reported the Telegraph.

Michelle Riddalls, head of consumer healthcare body Proprietary Association of Great Britain (PAGB), added: “Any gaps on over-the-counter medicine shelves are likely to be local, sporadic and filled within a relatively short time.”

It comes as latest figures show Covid cases across the UK have increased by 109,133 in the last 24 hours – marking a 39% decrease over past week.

A further 335 deaths have also been recorded.

Yesterday, the number of cases increased by 129,587 – as the latest figures come as a frontline doctor says it is looking ‘increasingly likely’ the country will be able to ride out the Omicron variant.

Dr Richard Cree, an intensive care consultant at James Cook University Hospital who has blogged about his work during the pandemic, said: “Across the country, the number of people being admitted to hospital following infection remains high.

“However, the number of people being admitted hasn’t risen as high as I feared it might and it may even be starting to plateau.”