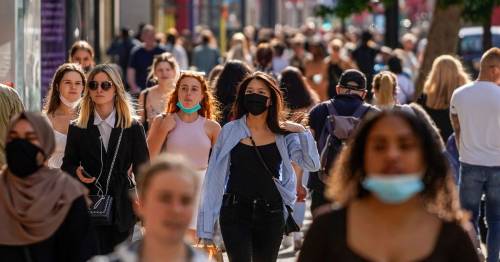 The final step in the end of lockdown could be pushed back another two weeks after a 'downbeat' briefing with ministers, it has been reported.

June 21 is currently the earliest possible date for stage four of the easing of Covid restrictions.

Those plans to scrap all of the remaining lockdown measures are said to be on a knife-edge amid growing concern over the spread of the Delta variant – which was formerly known as the Indian strain.

According to reports cabinet ministers held a 'fairly grim' briefing with Chris Whitty, the chief medical officer for England, and Patrick Vallance, the chief scientific adviser. 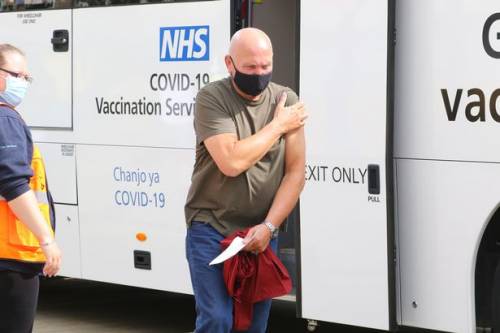 Millions have already been given a Covid vaccine
(Image: Phil Taylor / SWNS)

The Times reports that they emphasised concerns over the rate of transmission of new strains of Covid, including the Delta variant (first identified in India), and that vaccinations did not provide 100 per cent protection.

A cabinet source was reported to have said that they expected a delay of “between two weeks and a month” and that Chris Whitty and Sir Vallance had expressed reservations about the timetable.

“They emphasised again that the vaccine did not provide 100 per cent protection and there were real concerns about the transmissibility of the new variants,” the source said.

“I think you’re looking at a delay of between two weeks and a month. As long as we have fully opened things up by the school holidays then I don’t think the political damage will be too great.”

Another cabinet source described the mood in Whitehall as “downbeat” and one said the delay would make sense to avoid any “confusion” in the messaging.

Ministers are said to believe that the easing of restrictions may need to be delayed to ensure all over-50s are protected.

Boris Johnson's spokesman said that while there was “nothing in the data” to say that restrictions could not be eased on June 21, the government would look carefully at case numbers and hospitalisations.

He is expected to give an update on the forthcoming lifting or otherwise of restrictions with a formal announcement on Monday.

If the remaining restrictions are lifted from June 21 rules on social contact would be scrapped and shuttered businesses such as nightclubs would reopen.

Officials are also reviewing whether social distancing measures such as masks and the 'one-metre plus' rule could also be axed.

Ministers are pinning their hopes on the vaccine being able to see off the threat of the new variant.

Most recent figures show that more than 40 million people in the UK have received the first dose of a vaccine and nearly 28 million people have been 'fully vaccinated.'