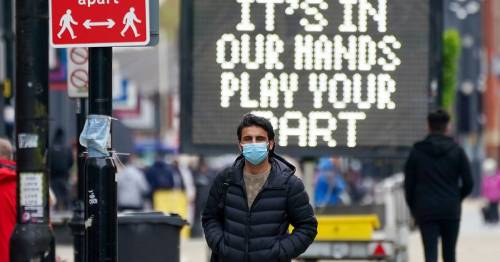 Fears of Covid unlocking in name only, with laws to be replaced by ‘stringent guidance’

Some MPs and industry bosses fear lockdown laws will simply be replaced with a frustrating web of guidelines, meaning any re-opening will be nothing but "smoke and mirrors".

Lockdown legislation, which currently limits gatherings of people and means table-service only in pubs and bars, is due to expire at the end of the month in line with the planned June 21 final easing.

But amid fears the surging infection rate caused by the Indian variant – now known as Delta – could see Freedom Day pushed back, there is also concern any easing would be in name only anyway.

Such a stringent set of new rules would see people being encouraged to act as if they are still in a lockdown even when the country is re-opened fully.

It comes as Downing Street has advised people against travelling to amber-listed countries despite no laws or rules preventing such trips.

Would you be happy to see Freedom Day pushed back? Let us know in the comments 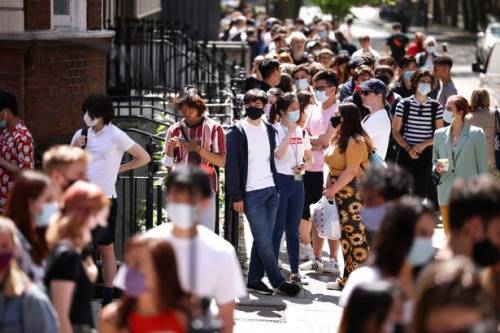 The Government continues to hint the June 21 final phase of easing will be delayed
(Image: REUTERS)

While official guidance encouraging people to meet outside as much as possible and keep travel to a minimum has now been extended to Greater Manchester and Lancashire.

Conservative MP Mark Harper, chairman of the Covid Recovery Group, told The Telegraph: “At the moment I can see no reason why we should not proceed with reopening on June 21 as planned.

“But if ministers come to a different conclusion then they should be straightforward, clear and honest with the public about what the rationale is for delay and not try to use smoke and mirrors with guidance." 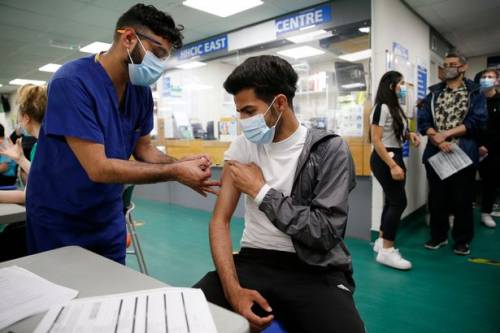 The vaccination programme is now open to those aged 25 and over
(Image: Getty Images)

Ministers are awaiting the latest data later this week with Boris Johnson due to announce on Monday whether his roadmap will be completed on June 21.

It would see nightclubs re-opening, punters being able to order at bars and no limits on large events like concerts and weddings.

Health Secretary Matt Hancock said yesterday a "conclusive figure" from Public Health England in relation to hospitalisations would be available "in the forthcoming couple of weeks" – indicating a likely delay in the original plan.

But the anxiety comes despite weekly stats suggesting that less than three percent of those hospitalised with the Delta mutation have been fully vaccinated.

While the jabs programme entered the final straight as over 25s are being invited to book their first doses, as the death rate remains low.