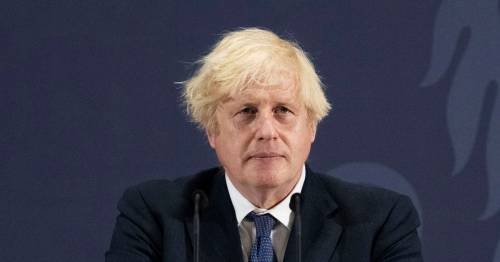 Fears have been raised that journalists could be jailed for several years if they dare to publish "unauthorised" leaked material from government.

Campaigners have sounded the alarm over a little-notice Home Office consultation on reforming the Official Secrets Acts.

The Acts govern the treatment of foreign spies – and the actions of civil servants who leak sensitive material.

But the consultation indicates the law could be strengthened against on "onward disclosure" by people such as news outlets – claiming in the digital age it can be as damaging as full-blown espionage.

At the same time, it is proposing to ramp up the two-year maximum sentence under the 1989 Official Secrets Act, with the National Union of Journalists claiming it could reach as high as 14 years.

The Home Office consultation said: "Since the passage of the Act in 1989, there have been unprecedented developments in communications technology (including data storage and rapid data transfer tools) which in our view, means that unauthorised disclosures are now capable of causing far more serious damage than would have been possible previously.

"As a result, we do not consider that there is necessarily a distinction in severity between espionage and the most serious unauthorised disclosures, in the same way that there was in 1989.

"For example, documents made available online can now be accessed and utilised by a wide range of hostile actors simultaneously, whereas espionage will often only be to the benefit of a single state or actor."

A Law Commission review had suggested there should be a public interest defence in the law.

But the Home Office said: "We are not convinced that the Law Commission’s recommendations strike the right balance in this area."

It added: "Our fundamental concern is that a person seeking to make an unauthorised disclosure, whether in Government or otherwise in possession of official material, will rarely (if ever) be able to accurately judge whether the public interest in disclosing the information outweighs the risks against disclosure.

"Even if the case is subsequently made that the disclosure was not in the public interest, and the person who published the information has committed a criminal offence, this does not undo the potential damage caused by the disclosure."

A spokeswoman for the National Union of Journalists told MailOnline: "Existing legislation distinguishes provisions and penalties between those who leak or whistleblow, those who receive leaked information, and foreign spies.

"The government proposes to eliminate or blur these distinctions. The government also wants to increase the maximum penalties that journalists might suffer for receiving leaked material from two to 14 years….

"The NUJ has long argued that where whistleblowers believe that they have acted in the public interest, they should be able to make this case in court, and if a jury agree with them, be protected."

A Home Office spokesperson said: "Freedom of press is an integral part of the UK’s democratic processes and the government is committed to protecting the rights and values that we hold so dear.

“It is wrong to claim the proposals will put journalists at risk of being treated like spies and they will, rightly, remain free to hold the government to account.

"However, this will be balanced to protect press freedom and the ability for whistleblowers to hold organisations to account when there are serious allegations of wrongdoing."