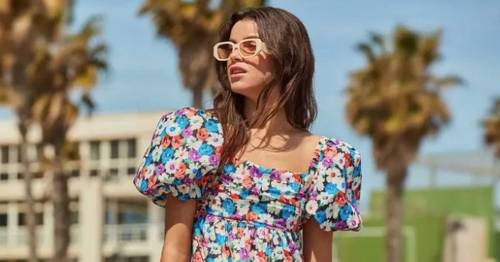 Fast fashion firm Missguided has fallen into administration after failing to secure a last-minute buyer.

Missguided called in administrators Teneo after suppliers it owed millions of pounds to petitioned for it to be wound up.

The insolvency specialists are now seeking to sell the business and assets of the retailer, which employs around 330 staff from its Manchester base.

Teneo said there was keen interest from buyers wanting to snap up Missguided, meaning it could be saved from administration.

Missguided was founded in 2009 by Nitin Passi and grew rapidly amid rising demand for online fashion.

However, the company was hit hard by surging supply costs, wider inflationary pressures and waning consumer confidence in the increasingly competitive market.

Police were recently called to the Missguided head office in Manchester after suppliers turned up to demand the cash they say they were owed, according to reports.

Boohoo had been in talks to buy the business in a pre-pack administration deal, while Asos and JD Sports were also reported to have been interested.

Administrators said the business will continue to trade while they seek to sell off assets and stressed that there has been a "high level of interest".

Gavin Maher, of Teneo, said: "As we continue to see, the retail trading environment in the UK remains extremely challenging.
"The joint administrators will now seek to conclude a sale of the business and assets, for which there continues to be a high level of interest from a number of strategic buyers.

"We thank all employees and other key stakeholders for their support at this difficult time."

Last autumn Missguided was saved in a takeover deal by investment firm Alteri, which announced redundancies in December as part of its turnaround plan.

However, last month the retailer confirmed it was looking for a potential new buyer as Passi stepped down as chief executive amid continued financial pressure.

Teneo managed to save online retailer Studio from collapsing earlier this year.

Studio appointed Teneo in February after failing to secure a £25million rescue loan.

In March Studio was sold to retail tycoon Mike Ashley for just £1, after it entered administration with an £80million black hole.

What does the Missguided administration mean for my order?

The fashion firm is still trading while Teneo speaks to interested buyers.

The Mirror has approached Teneo to clarify, but for now there has been no change to customers.

Previous : UK weather: More heatwaves on way as temperatures forecast to hit 28C this week
Next : Martin Lewis warns thousands won’t get £650 cost of living help – see who will