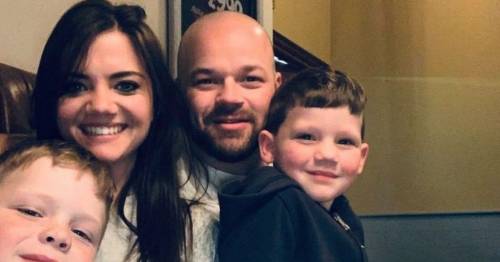 A man is selling his flat in a raffle, costing about the same as a bag of crisps.

Stuart Robison, 33, from Northumberland, wants to sell his two-bedroom flat in order to move into his forever home with Chloe, his partner, and her two boys Oliver and Thomas.

The idea came after Stuart read about another family in County Durham selling their house the same way.

The draw will be held in March, one month after the tenants who currently live there's tenancy runs out.

The property has recently been refurbished, and is just a stones thrown away from the beach
(

He said that he wanted to ensure that someone else could live their dream of owning a house, but on a much smaller budget.

"Winning this could be life-changing for someone," he said.

"You'd have a home paid for with no mortgage or fees.

The Blyth Street flat is modern and well looked after, is walking distance from the beach, and features two double bedrooms, an open plan living/dining area and a garden.

"You have a much better chance of winning this than you do the EuroMillions."

The property has recently been refurbished with a new boiler, windows, front door and a loft conversion which could be transformed into a third bedroom.

The couple are currently trying to expand their family by trying for a baby, and hope to move in together next year.

"You have a much better chance of winning this than you do the EuroMillions," he said
(

The sale of this flat will also help to make their dreams come true too.

One lucky winner will be the new owners of the house, and will also receive a bonus prize of £2,500, which they could put towards decorating their new home, with the runner up also win £2,500.

"I bought the flat in August 2018 and extended the lease so it 996 years left on it now. It is a fantastic place to live and will make a great home for someone out there," said Stuart.

Despite some scepticism about whether the advertisement is legitimate, Stuarts is adamant that the raffle is genuine.

He said: "The raffle is 100% genuine and I think it could be the future instead for selling properties.

Entrants have until March 1 to buy tickets for a chance to win.

Previous : Derek Carr rallies Las Vegas Raiders past Baltimore Ravens in wild OT win: ‘Hope this is a sign of things to come’
Next : Trapped man screamed for pals to drag him out of car before it exploded and killed three