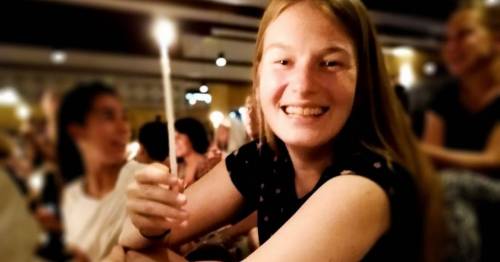 A 24-year-old woman who was found dead at her flat has been named and pictured for the first time as emotional tributes are paid.

Detectives confirmed the identity of the victim was Bori Benko following formal identification.

Bori was found at her home in Bradford with serious injuries on Sunday, November 21.

West Yorkshire Police were called by the ambulance service to the property at 4.44am and have since launched a murder investigation.

Bori is originally from Hungary and came to the UK as a youth worker in 2016, Examiner Live reports.

Her family have paid tribute to her, expressing how much she will be missed.

The family said: “Bori will be very sadly missed by all her family and friends both in Hungary and the wider community, along with the staff and children at the school where she worked.”

A local resident said: “It's really scary, it's terrifying. You wouldn't think this would happen here.”

Forensic teams at the scene
(

A 21-year-old male who was arrested on suspicion of murder remains in police custody.

An earlier statement from the police force said: "Police have launched a murder enquiry after a woman died in the early hours of this morning (21/11).

"Officers were called at 4.44am by the ambulance service to reports of a woman with serious injuries at an address on Sherborne Road, Bradford."