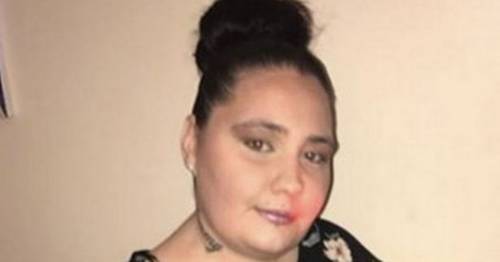 The family of missing Ben Garland are facing further heartbreak with the death of his big sister.

Charlotte Hennessey, 38, found a lump in her breast while searching for her missing brother in Ibiza.

The 38-year-old died from cancer never knowing what happened to him and leaves behind her five children, reports Somerset Live.

Ben, from Southwick in Wiltshire, was just 24 when he vanished off the coast of the Spanish island two years ago.

His father Mark Garland believes he was swept out to sea during Storm Gloria after driving his motorcycle to a good spot to film the waves.

Three days into the search, Ben's jacket was discovered along with his ID and watch but his body has never been found.

His sister Charlotte was diagnosed with breast cancer shortly after his disappearance in January 2020.

Her condition continued to deteriorate and she died in March surrounded by family at Northwick Park Hospital in Harrow.

Relatives described Charlotte as "big hearted," and "full of-life" and said they are broken by her death.

Her sister Leanne Hennessey said: "Charlotte and Ben were similar in how funny and crazy they were.

"It really affected her, everything that happened. It's been very difficult for all of us.

"We are all broken by the last two years and Charlotte's death. First with Ben and now Charlotte, it has changed us all.

"I try and be the strong one for my family, to look out for my dad."

Leanne described Charlotte as a very positive person who spent a long time "in denial that she was as unwell as she was."

"Charlotte was a mother-of-five and her children were her whole world, she absolutely adored them."

The sister also told how Charlotte had not seen her children since Christmas Day due to Covid visiting rules, her catching the virus, and being on a Covid ward for five weeks.

But they did get to say goodbye to their mum on her final day, she added.

"We had planned for all the children to go into the hospital on Mothering Sunday but Charlotte sadly died the Wednesday before," Leanne explained.

"We had a call early in the morning saying we'd better get the children up there quickly as it looked like the end was coming.

"She was unresponsive by that time but I think she knew we were all there. It was peaceful how she went."

Mark, a bus driver in Bath, spoke previously about the desperate search for his son Ben and said the family have "no closure".

Leanne said she thought Charlotte then delayed going for health checks because "she was so depressed about Ben."

"It was about six months after Ben went missing that Charlotte was diagnosed, two weeks later we were told that it had spread to her spine, her pelvis and eventually her organs," she said.

"We were later told she had it for a long time before it was diagnosed so I think it's important to remind people to get themselves checked as soon as they find something.

"Charlotte was a crazy girl, stubborn in a good way and very caring with everyone she met. She would do anything for anyone, regardless if she knew them five minutes or 20 years.

"Her nature was caring and loving as she was very generous with her friends, she had such a big heart.

Charlotte was first diagnosed with cancer in the RUH in Bath while living in Trowbridge.

A funeral was held on April 25 when large crowds gathered to say goodbye.

"It was lovely, the sun came out and the church was packed full of people. It meant a lot," Leanne said.

"Charlotte was very thoughtful and made Build a Bear's with her voice for most of the family – all the kids and my dad. She bought all the children's school uniform for years to come and tried to get ready."

A JustGiving page has been set up to help with the cost of the funeral and for her children.

A message on the page reads: "Charlotte was only 38 years old, full of life, strong, loyal, fun, cheeky and had a wicked sense of humour.

"This personality stood her in good stead when facing her long battle with breast cancer. She wasn’t going to give up easily and wow did she put up a fight.

"Charlotte has five beautiful children, all of whom she was incredibly proud.

"Her first born Porsha, studying at university, Anton just about to finish his final year in high school and sit his GCSEs this summer, Kyron and Kyana, and little Kyro, her baby boy, are understandably devastated as well as her mum Debbie, dad Mark and her siblings Leanne, Holly, Alfie, Jake and Ben."

Previous : Lottery winners reveal exactly how they spend cash – including bulk buying loo roll
Next : Woman’s life falls apart after getting addicted to TikTok even using app while driving