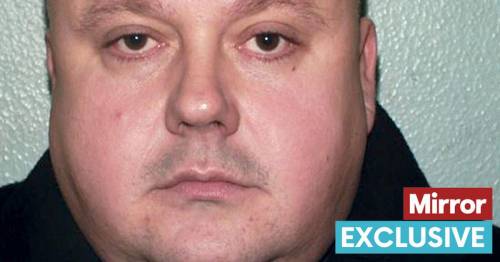 The family of a teenage student bludgeoned to death by Levi Bellfield have branded his prison marriage proposal as a sick form of “attention seeking”.

Marsha McDonnell, 19, was clubbed over the head with a hammer by the monster as she walked home from a trip to the cinema with friends in February 2003.

She was found yards from her home in Hampton, south west London, and spent two days in a hospital before succumbing to horrific brain injuries.

Older sister Nathalie, 41, said: “You have to make a decision to get wound up with every little thing he does or just live your life and blank him out.

“He won’t even care about the fact Marsha can’t ever get married. He deprived her of a future.

Marsha McDonnell was one of Levi Bellfield's victims
(

“We can’t start thinking it’s sad because she’s not going to get married. We’ve done all that, we’ve lived it every day since it happened 19 years ago.

“We’ve done the healing and we’ve accepted she won’t have a family. That’s all you can do. We live our lives like she would want us to live our best lives.”

A postmortem found that Marsha, a keen netball player and talented violinist, had suffered multiple skull fractures and bleeding around the brain.

“There are many ways I’d have loved to have gotten my hands on him for what he did to my daughter.”

Marsha’s parents still live in her childhood home in Hampton.

Her mother Ute said her daughter was “always helpful” and “had everything going for her”.

She said: “She had quiet confidence. She knew who she was. We all miss that.”

She was working part-time in a Kingston gift shop to save money to go travelling at the time of her death.

She said: “We know what Bellfield’s like and we ignore it.

“We have to live our lives. I’m not going to give him any oxygen.”

Ute added that she was not surprised Bellfield had found a fiancée because “there’s women that get off on that”.

She added: “The judge said, ‘You will come out in a box if you can comprehend that in the simplicity of your brain’. What will he do, he will think, ‘How can I make my life interesting now?’

“And unfortunately there are women who are attracted to that kind of drama.”

Marsha was on a gap year before starting university, having completed her A-levels, and was planning a trip to Australia when she was killed.

Following her murder, a music therapy room at the local Shooting Star children’s hospice was named after her to commemorate her love of children and music.

The Sunday People has made a donation to the Shooting Star charity at the family’s request.