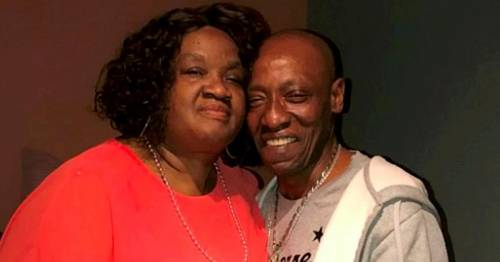 Four members of a family allegedly murdered in their home all died from “sharp or blunt force trauma”, a coroner has heard.

Joshua Jacques, 28, has been charged with all four of their murders.

However a second autopsy could take place after an application from Jacques' defence team on April 28, the coroner explained.

Several members of the family attended the brief inquest opening over video link.

Detective Inspector Jonny Newell, from the Met Police, was asked to outline how the police were alerted to the deaths.

He told the coroner: "In the early hours of April 25, police received a call at 1.42am from a member of the public regarding a domestic disturbance at 14 Delaford Road.

Floral tributes left outside the family home in Bermondsey
(

"Police attended and gained entry to the premises.

"On gaining entry they found four people within, all of whom had sustained stab wounds.

"All four lives were pronounced extinct at the scene. Subsequently a suspect by the name of Joshua Jacques was arrested at the address.

Ms Hill's daughter TraceyAnn Henry is said to have identified her mother, stepfather and niece for the coroner.

Reading from her statements, the court heard Ms Hill was born in Saint Thomas, Jamaica, in 1958, and lived at an address near Forest Hill, south east London.

Her granddaughter Ms Drummond was born in Southwark and also lived in Forest Hill, it was said.

Mr Burke was born in Saint Ann, Jamaica in 1963 and lived at the Delaford Road property, where the murders allegedly took place.

An artist's impression of Jacques appearing at the Old Bailey
(

Ms Ofori-Akuffo was identified by her husband Danny Ofori-Akuffo, who said she was also born in Saint Thomas and also lived in Delaford Road.

Mr Harris said a solicitor firm instructed by Jacques had been in contact to ask whether a second autopsy could be carried out.

He told the family: "I have asked the solicitors to provide me with the reason for requiring a second autopsy and to date we haven't had a reply.

"I'm sure the family will want their loved ones to be released to them as soon as possible.

"I don't wish to interfere with the prosecution.

"In most instances there is no need to disturb the body again, but I don't have any information about the defence application so I propose to release the bodies to the family in 10 working days unless we have information from the defence that they don't wish to proceed to an autopsy."