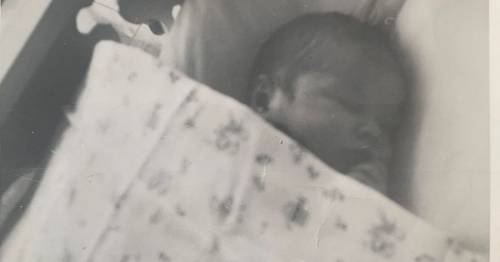 A family has launched a desperate search for a baby given up for adoption more than 50 years ago.

Catherine Rose Devaney was born in Kendal, in the Lake District, on February 7 1963 to Catherine Hanson.

The mum had fallen pregnant after meeting a man in Liverpool.

Because of the stigma of the time surrounding women having babies outside of wedlock, Catherine moved into a nunnery until she gave birth and the baby was put up for adoption. She soon found a home in the Wolverhampton area.

Now the family is looking to track down the woman – who would be 58 – ahead of Catherine’s 80th birthday, reported Lancs Live.

Ali Davies, who would be her niece, said: “My grandma had to go into the nunnery in the early sixties after she fell pregnant to an Irish man who worked in the Ford Factory in Liverpool.

Catherine Hanson, pictured on her wedding day, gave up the baby in 1963
(

"She had Catherine and had to give he up for adoption.

"We have searched for years to try and find out more about her and where she is but adoption was different then.

"My grandma is almost eighty now and we could really like to find out if she is okay before anything happens. This is a long shot but we’re running out of shots and the years are piling on.

"It’s a small world she could be around the corner for all we know so it’s worth a try. As much as we all want to find her and meet her our main goal is to know that she is happy safe and well."

At the time of this adoption there were several mother and baby homes in the county including Brettargh Holt, the Sacred Heart Convent near Kendal which opened in 1944.

It is believed an estimated half a million British women were persuaded to give their babies up for adoption in the 1950s, 60s and 70s.