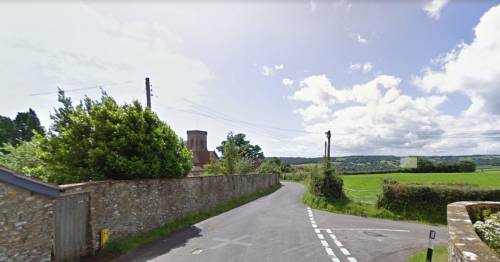 A family are heartbroken after a "much-loved" gran-of-four died in a light aircraft crash.

Margaret Costa, 74, was the only passenger onboard the plane when it crashed on a farm near the village of Buckland St Mary in Somerset on the morning of 12 August.

Both she, and the pilot, Joe Mann, 69, were pronounced dead at the scene.

Margaret, who lived in East Devon, was described by her loved ones as the "foundation" of their family.

They said in a statement released by police: “She was a much-loved mum and a nanny to four grandchildren.

"She was the foundation stone of the family and will be deeply missed by her family and friends.

“Margaret was a talented artist who was one of a few in the world who specialised in fore-edge painting (hidden watercolours found in the spine of gilt-edge books).

“The world feels a less colourful place without her, but she blessed those she knew with many beautiful memories to remember her by.”

Pilot Joe, who leaves a widow, Diane, and four daughters, was described as an experienced pilot, Somerset County Gazette reports.

He was awarded the MBE in 2000 for his work representing and supporting disabled people.

Roy Rickhuss, the General Secretary of Community Trade Union where Joe held senior roles until he retired in 2014, paid tribute to his friend.

He said: "On behalf of the entirety of Community I want to express my condolences to Diane, Joe’s daughters and everyone affected by his passing.

"Joe was a shining light in the trade union movement and a stalwart of progressive trade unionism."

The family are being supported by specially trained officers.

Supt Paul Wigginton said at the time: “This is a tragic incident in which two people have sadly lost their lives.

“It’s too early to give any further details about the victims but we are making sure the next of kin have all the support they need at this distressing time.

“The Air Accidents Investigation Branch (AAIB) was informed yesterday and deployed a team of investigators.

“We’ve been working very closely with our colleagues from the other emergency services at the scene to make the area safe and ensure the investigation can proceed.

“A cordon remains in place and we’d respectfully ask people not to attend the scene while enquiries continue.”