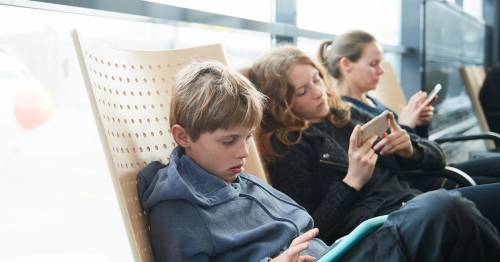 Family face losing £1,200 on holiday to Spain due to ‘nightmare’ passport delays

People hoping to travel abroad this summer should apply to renew outdated passports "as soon as possible", a minister has warned, as the Passport Office faces huge backlogs.

It’s left some passengers fearing they will lose thousands of pounds on pre-booked summer holidays due to lengthy renewal delays – despite filing their applications months ago.

The House of Commons committee heard about one woman who has waited more than five months to receive her daughter's new passport, with services branded "either really very good or an absolute shambles".

Are you still waiting for your passport to arrive? Get in touch: webnews@mirror.co.uk

Some passengers even paid extra to fast-track their delayed applications

Another family today said they are yet to receive a passport nearly two months after ordering it – even after shelling out an extra £100 to 'fast track' their application.

Meanwhile, a wedding photographer today said she faces losing out on a £3,000 job in France because her passport has not arrived – despite her applying for it back in September.

Officials attributed the delays to an 'unprecedented demand' for new passports.

Around five million people delayed renewing their passports during the coronavirus pandemic.

And post-Brexit travel rules have complicated matters further as they require travelling Britons to have at least three months validity remaining when travelling to the EU.

As a result, Britons are now being warned they face a 10-week wait for their passport – instead of the usual three week turnaround time.

Labour MP Stephanie Peacock (Barnsley East) raised the case of a mother who submitted her daughter's passport application in January – five months in advance of their holiday next week – but has yet to receive one, in the Commons.

Ms Peacock told MPs: "What is the minister doing to address the unacceptable delays in passport applications?"

One family told the MailOnline how they face losing out on a £1,100 holiday to Spain next month because they are still without one of their passports.

Ellie Freeman, from Nottinghamshire, said her family are still waiting on one passport in order to travel to the Spanish coastal town of Tossa Del Mar next month.

Her and her partner Jordan ordered passports for themselves and their two children, one aged four and the other 9 months old, at the start of March.

At the time, the Passport Office recommended a wait time of between three and five weeks – but they are still waiting for the final document to arrive.

The couple even paid an extra £100 to ‘fast track’ their applications to seven days.

Hotel worker Ellie, 26, told The Mail: “It's been an absolute nightmare.

“And it's the hope that's making it worse. I would rather they just say it won't be here, because we have to make plans.

“I've seen some people getting there's 48 hours before – which is fine if it's a stag weekend abroad, but it's hard if you have children because there is lots of planning involved.”

Ellie's partner Jordan, 27, said the couple face losing all of their money as a result of the passport delays – because it is not covered on travel insurance.

“If they had just told us a few weeks ago we might have been able to make changes to our booking but this close to the travel date it is non-refundable. So we are going to lose that £1,200 if we can't go.”

A HM Passport Office spokesman said: “We urge people who need a new passport to apply for one as soon as possible and we do offer urgent services for applicants who need a passport more quickly.”

Heathrow Airport chief executive John Holland-Kaye told the PA news agency it is "vital" that people can go on holiday this summer in case the UK reintroduces coronavirus travel restrictions.

Mr Holland-Kaye said: "Normally the Passport Office is very slick in processing passports. It's really disappointing to hear (about delays).

"If it's not resolved, it is going to mean that people can't get away.

"After two years of lockdown, we need to make sure people can have a good holiday because many of them have vouchers that they've been saving up, they've got trips of a lifetime that they've put on hold, and we don't know when things might get closed down again.”

Home Office minister Kevin Foster said: "We don't have any intention to further extend that standard.

"We are at the moment processing most passports well within it, but we would advise people this is a very, virtually unprecedented surge in demand, and if people are planning to travel this summer we would advise them to get their application in as soon as possible."

He said the Passport Office dealt with a million applications last month, compared with seven million per year before the pandemic.